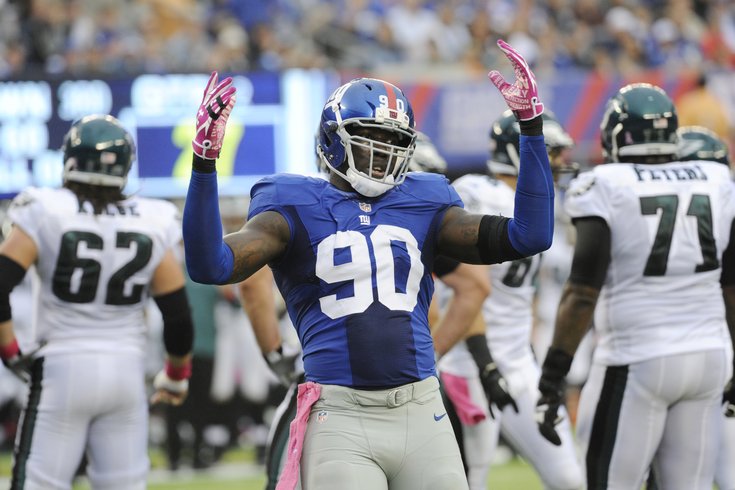 Jason Pierre-Paul's career is reportedly at risk after a fireworks incident.

According to Andy Slater of 940-AM WINZ in Miami, Giants linebacker Jason Pierre-Paul severely injured his hand in a fireworks accident in South Florida.

Big Jason Pierre-Paul story about to break in S. Fla. He severely injured hand in fireworks accident. @Coach_Eisy first to hint at situation

Pierre-Paul was franchised tagged by the Giants, and was set to make $14,813,000 million in 2015. His career is potentially now in jeopardy, and the Giants have the option to rescind the franchise tag tender.

Pierre-Paul was quiet for a couple years after his outstanding 2011 season, but he broke out again in garbage time last season, racking up nine sacks in his last five games. When he is at his best, Pierre-Paul is probably the most talented pass rusher in the NFC East.

The Eagles are already going to avoid facing several good defenders the first few weeks of the season because of various suspensions. They may now also avoid having to block Pierre-Paul twice this season.

We'll update as this story develops.

At this point, can confirm @AndySlater's report Jason Pierre-Paul suffered a hand injury in a fireworks accident last night.

Update #2: According to Adam Schefter of ESPN, it's not career threatening:

Jason Pierre-Paul expected to meet with doctors, they will have their say, but early indications are, hand injury is not career threatening.