Restaurant this close to eliminating need for pesky humans 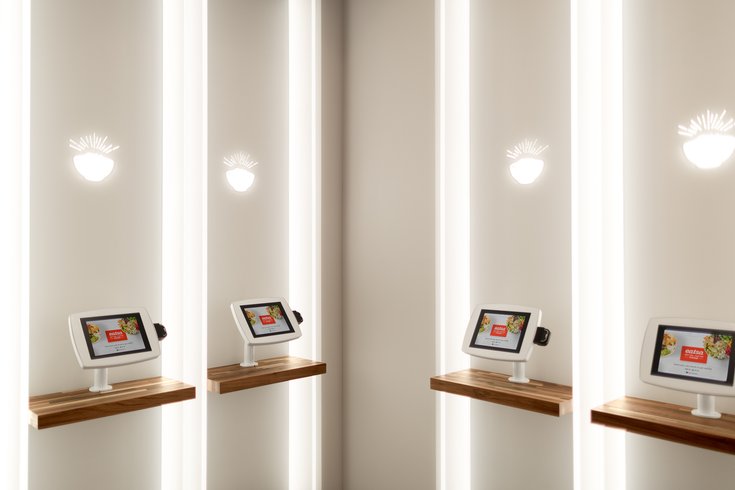 Patrons at Eatsa in San Francisco order their customized quinoa bowls from iPads.

Humanity moved one step closer to obsolescence on Wednesday, when a restaurant that's designed to look like it's run entirely by robots opened in San Francisco.

There are humans hidden in the kitchen of Eatsa, but the customers never see them. To optimize the speed at which food is delivered to your mouth, customers order on iPads and the workers take all of their orders from efficiency-maximizing software.

“Every person that has a role has an iPad that manages their job,” co-founder Tim Young told Time, because the sooner we get used to obeying our robot overlords, the better.

While it may feel like a sci-fi experience, the idea for the futuristic restaurant came from quite an old-fashioned concept: the automat.

In the early 20th century, hungry humans might drop by an automat where they could pop a nickel in a machine and take out a ham sandwich. In the future, where we clearly are now, the patrons order a customized quinoa bowl on an iPad and then retrieve their lunch from a window where their name has appeared.

Workers hidden behind the wall are instructed by the iPads to toss up those quinoa bowls as fast as they can.

With any luck, technology will soon eliminate the need for the slow, sub-optimal human species altogether.