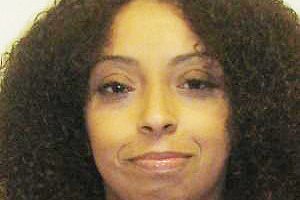 Ann Marie Weatherspoon's revenge plot against an ex-boyfriend unraveled after she made nine calls to 911, falsely claiming he was beating up his current girlfriend. Weatherspoon now faces 35 criminal counts after her voice was recognized by a Salem City cop.

She allegedly made nine 911 calls to police, siccing cops on her ex-boyfriend’s house repeatedly.

Her voice on those repeated calls led a cop to recognize her when she came to post bail on a criminal contempt charge for breaking a restraining order.

Police did not say who was supposed to have been shielded by the restraining order.

Her distinct voice got her arrested last week.

The calls followed a pattern.

Salem City police allege she would stand outside her ex-boyfriend’s house after making each call.

Posing as a neighbor, she’d tell the arriving cops that her ex was assaulting his current girlfriend.

But that was never true.

Salem City’s police chief told NJ.com it was all a revenge plot.

Weatherspoon allegedly gave a false name each time she made a call to the county emergency center, but she pretty much gave the same cover story every time, according to the chief.

Once, though, she falsely reported there had been gunfire.

She is jailed at the Salem County Correctional Facility, held on $54,500 bail, according to the chief.

Police did not identify the former boyfriend, considered a victim.