There are quite possibly no superlatives left to describe what is turning out to be one of the most incredible starts to a Major League Baseball career. (For context of how incredible the past month or so has been for Hoskins, our Phillies beat writer Ryan Lawrence has you covered pretty darn well).

MY GOD HE DID IT AGAIN pic.twitter.com/8u6joQBSmE

We're at the point now where, as the team put it, there are no words left.

There are no words...

After Hoskins mashed number 18 to the opposite field, the look of "bewilderment" among his teammates, as Phillies analyst Ben Davis put it, said it all. 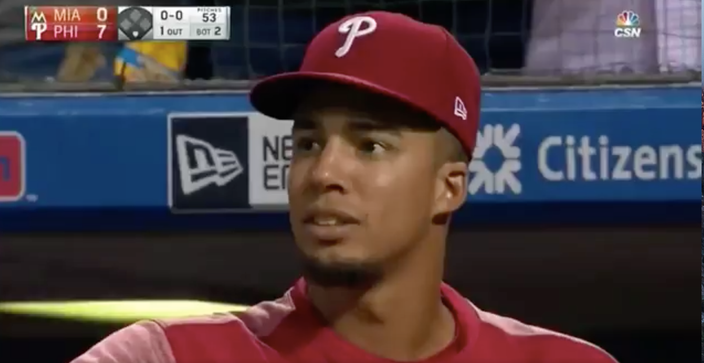 And take a gander at the gaping mouth of Zach Eflin.

Again, there are no words. Thanks to Hoskins, and the rest of the Phillies youngsters, there is hope at Citizens Bank Park once again.