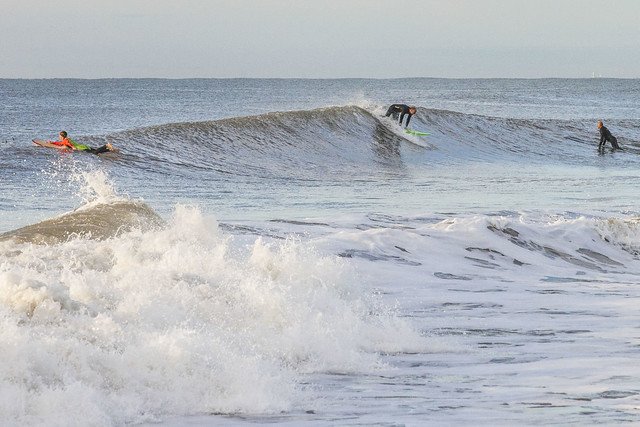 Officials are warning swimmers at the Jersey Shore of dangerous rip currents.

Officials are warning lifeguards and beachgoers of the ongoing threat of dangerous rip currents at the Jersey Shore this week.

The National Weather Service said swimmers are at high risk being of caught in the dangerous ocean tides through Tuesday evening. Officials have been warning swimmers of the conditions in New Jersey since Monday, as tropical weather off the coast is causing the rip currents.

Swimmers should listen to lifeguards and not swim at unguarded beaches, officials said. Swimming should be limited to knee-deep water only with no flotation devices.

Rip currents are powerful, narrow channels of fast-moving water prevalent on the East Coast.  The National Ocean Service recommends that a person caught in a rip current should swim parallel to the shore and then back to land at an angle.

The warning first went into effect on Monday after officials saw waves 7-8 feet high. Wave heights will stay above 5 feet on Tuesday, according to The Press of Atlantic City.

The National Hurricane Center issued a hurricane warning for Puerto Rico on Tuesday, as Tropical Storm Dorian has slowly strengthens with sustained winds of 50 mph. It's expected to gain strength over the next 48 hours as it moves toward Puerto Rico.