The former member of Marilyn Manson is on a solo tour supporting his latest release, 'It's Alive' 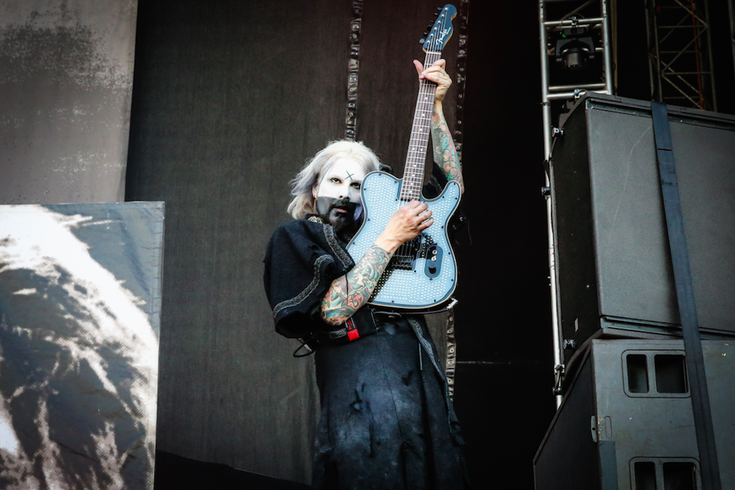 John 5 and the Creatures will appear Saturday, Feb. 10 at the Sellersville Theater.

Don't judge a recording artist by his album cover. John 5 could pass for a goth or metal stereotype, but the complicated guitarist is much more than that.

"I like to play Spanish music," John 5, a/k/a John Lowery said while calling from New York.

"I like to relax by playing that style of music. I'm a little deeper than you think. But I'm not going to deny it, I love playing hard rock."

The instrumentalist known for his recordings alongside Marilyn Manson, Rob Zombie and David Lee Roth, also plays bluegrass and country while at home. He will showcase tracks from his eight studio albums when he returns to the area Saturday to play the Sellersville Theater.

"This is what I'm most passionate about," Lowery said. "I don't mess around when it comes to this."

Lowery, 46, can be perceived as a charismatic player, but that should come as no surprise since he has worked with some of the more larger-than-life figures in rock from the last generation.

"Each of those guys [Manson, Zombie and Roth] are amazing performers," Lowery said.

"I learned a lot from each of them. They're so different and have made their mark in rock history."

Lowery remains Zombie's lead guitarist, but he's on the road behind his solo material.

"There's an audience for instrumental rock music," Lowery said. "Look how well the G3 shows sell. Hard rock fans are into it."

Lowery's touring behind "It's Alive," a concert document from a 2016 Sellersville Theater concert.

"Live concerts don't have to be in a big city," he said. "It's kind of magical when you record a live album in a small city."

The veteran metal guitarist said he always wanted to record a live album.

Lowery can cross live album off of his bucket list. He was surprised when a Sellersville sound engineer asked him two years ago if he would like his show recorded.

"I said, 'Yes, no problem. That would be cool.' It was a privilege to record at the Sellersville Theater. It's so close to Philadelphia, but it's just outside the city and it has its own vibe going on. It's a charming place. I love playing the intimate venues with great acoustics."

Lowery said he is all about spreading the word about metal.

"Someone has to do it," he said. "So many significant bands have retired. Slayer just announced that it will retire. Motley Crue retired. Some metal bands have gone by the wayside, but I don't want this style of music to ever end. There's nothing else like it."

John 5 and the Creatures will appear Saturday, Feb. 10 at the Sellersville Theater, Main and Temple streets, Sellersville. Joe Deninzon and Stratsospheerious will open. Tickets are $29.50 and $45. Show time is 8 p.m.