Rocket launch could be visible from Philly region Tuesday morning

Northrop Grumman's Minotaur 1 is scheduled for a 7 a.m. takeoff from NASA's Wallops Flight Facility in Virginia 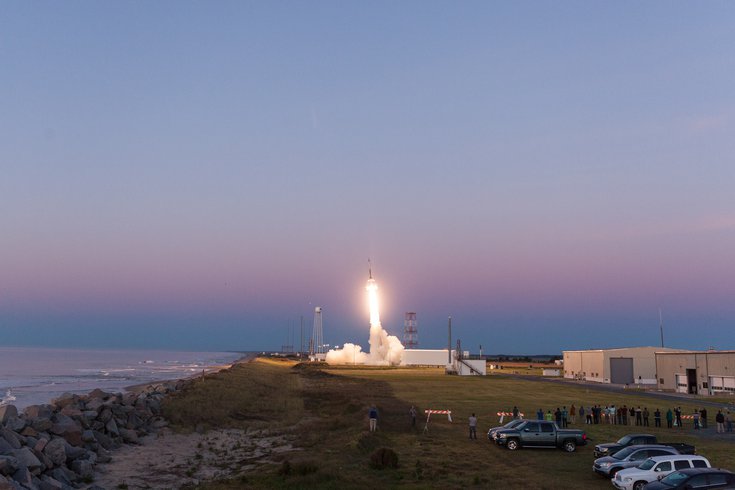 Philadelphia-area residents may be able to spot Northrop Grumman's Minotaur 1 rocket about 30 to 60 seconds after liftoff Tuesday morning, NASA says.

Residents in the Philadelphia region may be able to see a rocket launch Tuesday morning, but it's going to take an early wakeup and clear skies.

Northrop Grumman's Minotaur 1 rocket is scheduled to take off at 7 a.m. from NASA's Wallops Flight Facility in Virginia, NASA said.

The 69-foot-tall rocket should be visible after takeoff in the Mid-Atlantic region. In the Philly region, people should be prepared to see the rocket 30 to 60 seconds after liftoff, according to a map provided by NASA.

Grab that cup of coffee ☕

A #Minotaur rocket carrying a @NatReconOfc payload is scheduled to launch June 15 at 7 a.m. For those along the East Coast, if the weather is right, you may see the rocket and its contrail in the sky: https://t.co/BhcWhOAmgH pic.twitter.com/xLEIe9hGem

However, Tuesday's weather forecast could make visibility difficult. Showers and thunderstorms are possible, mostly after 9 a.m., according to the National Weather Service. Cloud coverage could obstruct the view. But the forecast also calls for partly sunny skies, so clear skies are possible.

The rocket will carry three national security payloads for the National Reconnaissance Office. The NRO is a Department of Defense agency that is responsible for developing, acquiring, launching and operating intelligence satellites, according to NASA.

The initiative is being operated by the U.S. Space Force Space and Missile Systems Center’s Launch Enterprise. This will be the third small-launch USSF mission and the NRO's second takeoff from Wallops Island in the last year.

A live stream of the countdown and rocket launch will begin at 6:30 a.m. on the flight facility's YouTube channel.