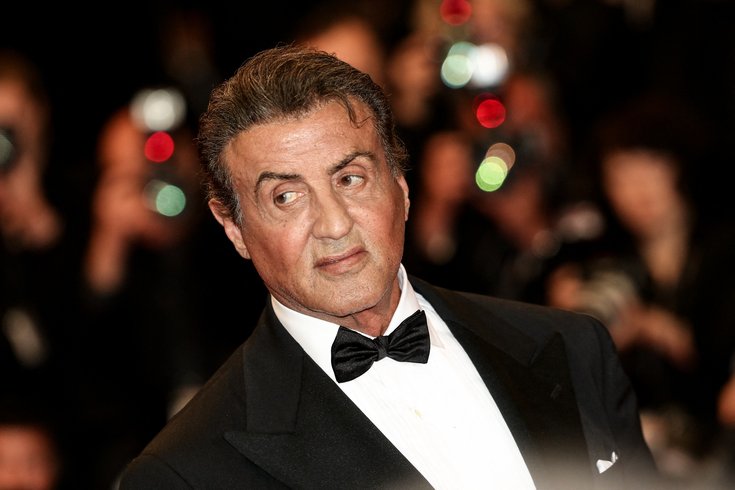 Sylvester Stallone appears not to be done with his iconic Rocky Balboa character. Despite announcing the fictional Philadelphia boxer's retirement back in November, the actor, seen above at the 2019 Cannes Film Festival, has plans for a new film and a prequel TV series.

Despite announcing Rocky's retirement back in November, Sylvester Stallone isn't done with the Philadelphia boxer. The actor has other plans in mind for his story, which include a new film and a prequel TV series.

At the Cannes Film Festival in May, Stallone discussed theoretically writing and filming another movie about the Italian Stallion Rocky Balboa — one where Balboa mentors a street fighter who lives in the United State illegally. However, he told the audience bluntly, "But I ain't gonna do it."

As it turns out, Stallone does want to do it. According to a new interview with Variety, both MGM and Irwin Winkler's production company – Stallone's producing partner on the "Rocky" franchise – are on board with the idea.

Negotiations are still underway for Stallone to write and star in it, but the actor and Winkler are both "anxious" to start on the film. He sees the film as topical, considering the film would touch on current immigration issues.

Rocky's story doesn't even end there. Stallone is doubling down on "Rocky" content with plans to make a "Rocky" prequel TV series, potentially for a streaming platform. No other word on what the series would focus on besides the fighter's early days.

Stallone retired the Rocky character in November. He posted a video to discuss the end of Philly's favorite fighter.

"I just want to thank everyone around the whole wide world for taking the Rocky family into their hearts for over 40 years," Stallone said at the time. "It’s been my ultimate privilege to have been able to create and play this meaningful character. Though it breaks my heart, sadly all things must pass ... and end. I love you kind and generous people, and the most wonderful thing of all is that Rocky will never die because he lives on in you ..."

He then toasted to Michael B. Jordan, who played Adonis Creed in the "Creed" movies, noting, "Now you have to carry the mantle."

Stallone mentioned in May that he had no immediate plans for the "Creed" franchise and does not plan to be in any future "Creed" films.