This is the coffee shop's second Philly location 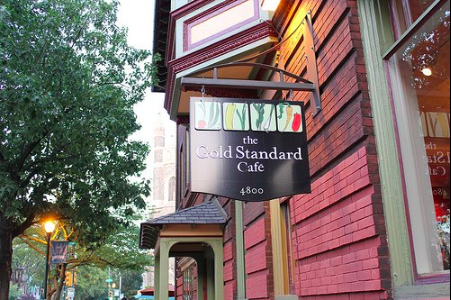 One of West Philly's staple coffee shops is expanding into Center City this summer with a second location.

The Gold Standard Cafe, which has been in the neighborhood for decades, has a new coffee shop up-and-running at 1318 South St. serving full lunch and breakfast menus, as well as a few vegan options.

The cafe, which sits on the corner of 48th Street and Baltimore Avenue across from Curio Theatre Co. and Calvary United Methodist Church, came under new management in 2015 when the longtime West Philly small business owners decided it was time to call it quits after more than 35 years in business.

The new restaurant officially opened July 11, according to Eater. It's serving a full breakfast menu with vegan eggs, waffles, omelets, and croissants, as well as lunch items like wings, burgers, clubs, wraps, and salads from 8 a.m. to 4 p.m.