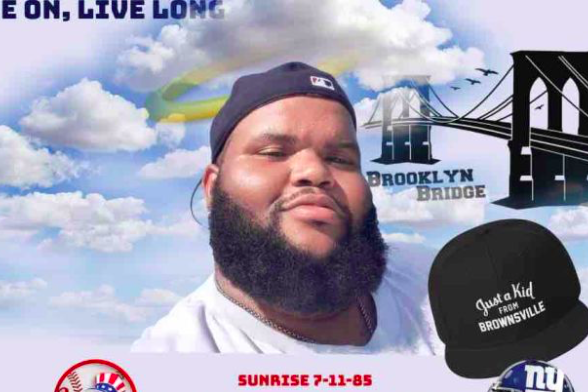 Roger Glover, 35, died on Feb. 21 after he was struck by an out-of-control vehicle involved in a collision at a speed racing event in Houston. Glover, a Brooklyn native, lived in Maple Shade, New Jersey, and was visiting Texas with a friend.

Family and friends are mourning the loss of Maple Shade made who was killed Sunday night in Houston after a speed racing collision sent a car hurtling into a crowd.

Roger Glover, 35, died shortly after a parked Chevrolet Malibu was struck by a Chevrolet Camaro traveling about 100 mph along the feeder of U.S. 290. Two teenagers, a 16-year-old boy and his 14-year-old brother, also suffered fatal injuries in the crash.

Glover, a Brooklyn native, was in Houston to celebrate a friend's birthday. The two were staying a hotel just minutes away from a car meet that had been scheduled that day.

Glover and his friend decided to check the cars out and stayed past the end of the event at 9 p.m., when Harris County prosecutors say the meet turned into a dangerous street racing display, according to the Houston Chronicle.

Video of the incident showed the yellow Camaro strike the Malibu at a high speed. One onlooker told KHOU 11 the driver of the Camaro had bragged earlier about doing a high speed flyby.

The driver of the Camaro, identified as 22-year-old Andrew Mock, has been charged with two counts of manslaughter and aggravated assault.

The occupants of the Malibu that was struck suffered non-life-threatening injuries.

Glover's aunt, Sharon Herring, told the Houston Chronicle her nephew and his friend were unaware of the dangers of attending the event and didn't know that drivers there would perform dangerous stunts.

Glover was an employee at the Ann Klein Forensic Center in Trenton, where worked with his aunt.

His sister, Kimberly Glover, told KHOU.com that her brother was a big presence in the lives of his family members and friends.

“He was charming, lovable, like a big teddy bear. Loved everybody. He was the highlight of our life,” Glover said.

A GoFundMe campaign for Glover has raised more than $10,000 to help bring him home and cover his funeral costs.