With the help of the former Blind Melon guitarist, underprivileged students in Kensington got to feel what being in a band is like 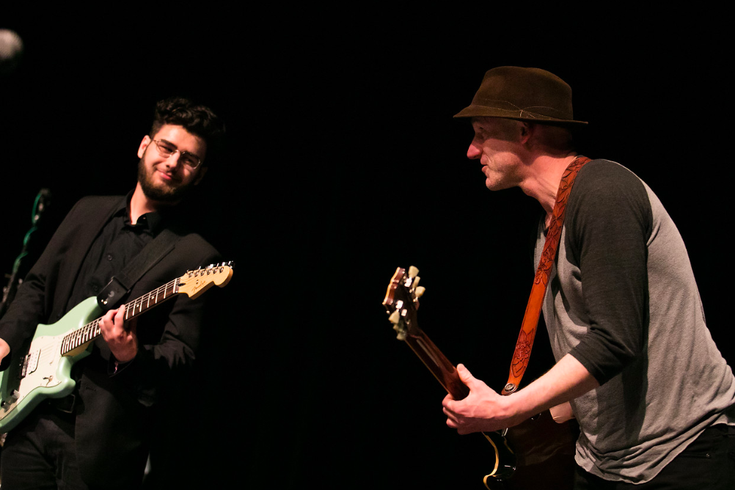 Rogers Stevens helps kids from Rock to the Future practice their guitar solos.

The house band of Kensington's after-school music program Rock to the Future just teamed up with Fishtown's Miner Street Studios to record an original song.

Weathervane Music, a Philly-based, non-profit organization that supports and produces independent music, took the production helm in the studio. Rogers Stevens of the ‘90s band Blind Melon helped the students work on their guitar solos.

Rock to the Future provides music education for 6th- to 12th-grade students from underserved areas of Philadelphia. From 3 to 6 p.m. every weekday, kids can receive instrumental music lessons, play in a band, learn music theory and get help with homework. They can also participate in music-centric mobile workshops and a summer camp.

The band, comprised of Rock to the Future students, recorded their original song, “Without You,” at Miner Street in April.

The entire band played key parts in writing the song, but one guitarist, Marc Baker, wrote the melody, and the singer, Alexus Arthur, wrote the lyrics. She said she based them on her changing high school friendships.

Through music education, Rock to the Future strives to help young people work in teams and hone their organizational skills.

“Bringing the song together -- it takes time to learn the song, but in the end, it’s really satisfying to play with other people and to have that connection with your friends,” Will Iwer, house band guitarist, said in a video on the Rock to the Future blog.

Kids from Rock to the Future practice their song, “Without You.”

“I could never get on the stage and do something in front of people. I’d probably fall over and have an anxiety attack. But now I feel like I can do a lot more stuff and I feel better about myself in different ways.”


The band, along with Stevens, played “Without You” last month at Rock to the Future’s fundraising event.