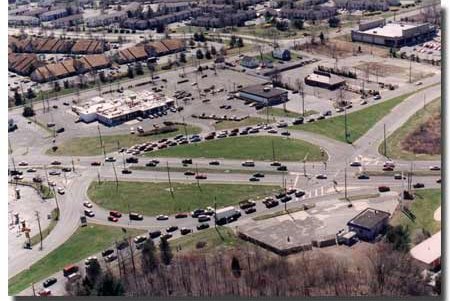 While the notorious Marlton Circle, pictured here, is gone from Route 70, a $9 million resurfacing project is on hold at the the order of Gov. Chris Christie.

Gov. Chris Christie’s pre-emptive shutdown of state transportation projects due to run out of funding has halted plans to fix Route 70.

The highway is a major South Jersey artery, tying Pennsauken and Cherry Hill in Camden County to the Marlton section of Evesham Township in Burlington County.

The governor’s order to halt state transportation projects last Friday means that two weeks of recent preliminary site activity on Route 70 is the only likely work on the roadway for the foreseeable future.

“It’s years overdue,” said Cherry Hill spokeswoman Bridget Palmer. “It’s in bad shape. It needs to be fixed. Everyone who comes to Cherry Hill uses it.”

The targeted starting date for the more than $9 million resurfacing project was July 5, but nothing happened due to Christie's action, she added.

Elsewhere in the region, other halted projects include:

* A $1.7 million project for the Walter Rand Transportation Center in Camden, where NJ Transit connects to PATCO and the RiverLine

No fix is in sight until Christie and the legislature can come up with a plan to replenish the empty transportation trust fund. A move to increase the gasoline tax by 23 cents a gallon recently died for lack of action in the New Jersey Senate. Christie's shutdown came in response.