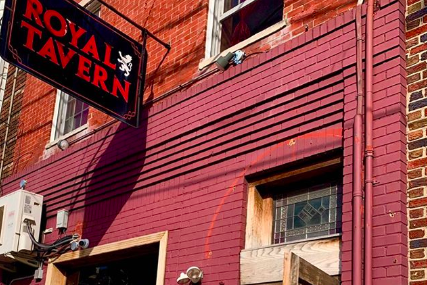 Go-to South Philly bar Royal Tavern is closing on Saturday for at least two months to complete some major renovations.

The neighborhood hangout, located at 937 E. Passyunk Avenue, confirmed the news via Instagram after employees were notified just last week and social media rumors hinted at its closing. After service on Saturday, Aug. 10, it will close.

The bar has been a neighborhood mainstay for almost 17 years and has carved out a reputation for its famous burgers (gouda, pickled long hots, chile mayo) and variety of vegan options.

According to its announcement, the bar will get a brand new kitchen and the entire joint is getting a paint job, too.

This Saturday night we will be closing our doors for a little (& much needed) facelift! We’re getting a brand new kitchen and a fresh coat of paint, so don’t fret! We’ll be back in the fall and hope to see you all then. We’ve had too many fun times to count and hope you can stop by sometime this week to help us reminisce. A special shout out to the STAFF, past and present, for all the hard work, laughs and friendships that have really made this place a SPECTACULAR neighborhood bar! #RoyalFAMILY #royaltavern #eastpassyunk #queenvillage

Eater reported the bar will be closed for at least two months, so we'll expect it open sometime in the fall.