Combine beer and running (if you dare) at Brew Mile

PhillyVoice readers get an exclusive discount 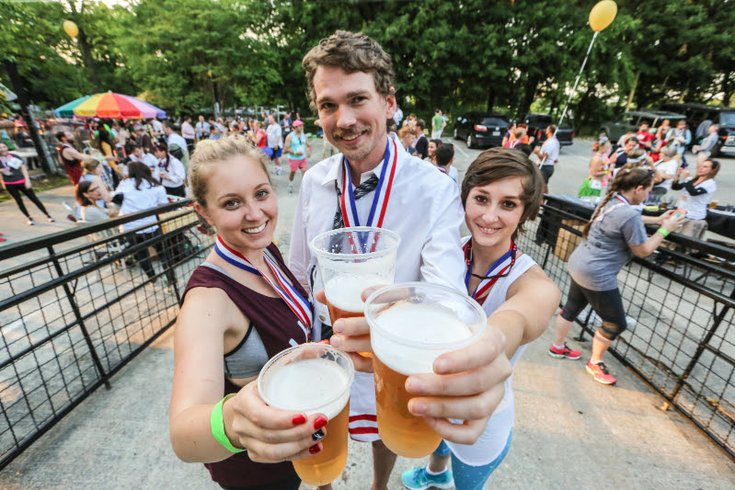 The classic "beer mile," a test of both mental and physical endurance, comes to Philadelphia via the Brew Mile Friday, August 7. Like it's name implies, in the Brew Mile runners down 12 ounces of beer then run one fourth of a mile, then they repeat this three more times.

Afterwards, to reward their poor stomachs, runners are treated to an after-party with dancing and food available for purchase. Runners get two craft beers in addition to the four they drink during the race plus a souvenir pint glass. Teams often dress up to signify their unity and there are awards for fastest times and best costumes during the party. (Just so you know, the current official Beer Mile records are 6:17.8 for women and 4:57.0 for men.)

The Brew Mile Philadelphia event benefits HopCourage, an organization dedicated to assisting the autism community and helping children and adults with disabilities follow their dreams.

PhillyVoice readers will receive 10% off of their Brew Mile admission price when using the discount code BREWMILEPHILLYVOICE.