A nail salon in Russia put live ants in a manicure

A video posted to Instagram claimed: 'No animals were harmed during the making of this video' 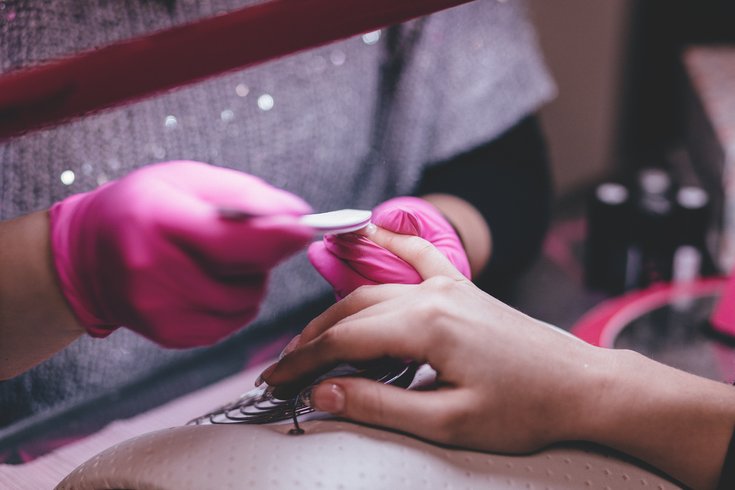 Stock image of a nail artist working their magic.

Manicures are all the rage these days. Who doesn’t love an immaculate, glittery, artful design? One nail salon in Moscow, Russia has taken the whole thing perhaps a bit too far.

Well known for their creative designs and for pushing the envelope, Nail Sunny's Instagram account has more than 1.8 million followers. While many people enjoy viewing their eclectic nail designs, one of the recent videos enraged followers.

The video posted on Aug. 24 shows the salon sealing live ants into acrylic nails, one by one. The acrylic nail is placed on the person’s finger and a backing is applied. The ants are picked from outside with tweezers and then put into the nail, which then gets sealed with more backing. It all feels a bit less like fun and a little more like Tim Burton's actual nightmares – not the cheeky kind he writes movies about.

The salon posted the video with the caption, “No animals were harmed during the making of this video. Ants in the nails – YAY OR NAY? What happened with ants? Look the next video!!!!! They are breathing!!!!!”

Their followers were outraged and posted their disdain on the salon's account. One user posted, “They clearly WERE harmed, because you locked them up. Can't you see in how much distress they are?”

While this may be the first time live insects have been presented in nail art, this isn’t the first time insects have made their way to nail art. Two years ago, women in Mexico were gluing baby scorpions to their nails, and currently, there's an Australian nail artist who uses dead insects to make fossilized nail looks.

Nail Sunny posted a second video of them letting the ants go with the comment, "Keep calm, we left them to breathe."

In Russian, they further commented, "I have a question for you: When you walk down the street and squash ants with your shoes — aren’t you killers??"

no animals were harmed during the making of this video' 🐜🐜🐜 ants in the nails - YAY OR NAY? What happened with ants ? Look the next video !!!!! They are breathing!!!!! Video by @edo_movs #nailsunnytutorial