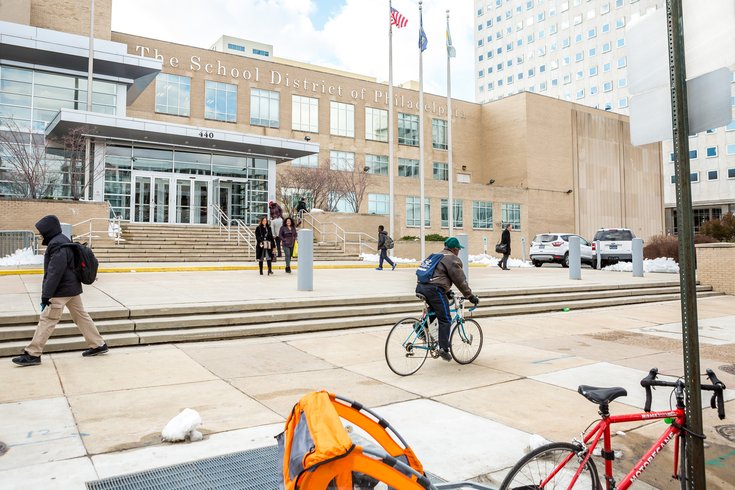 Just one day after the adoption of a new annual calendar, the School District of Philadelphia will be sending students home after a half-day on Tuesday and Wednesday as excessive heat lingers into the end of summer.

School District Superintendent Dr. William H. Hite released a statement announcing the decision Monday afternoon. Temperatures hit 92 degrees on Monday and are expected to rise to 95 on Tuesday and Wednesday.

The National Weather Service has declared a heat advisory from noon to 8 p.m. Wednesday as the heat index is expected to range from 100 to 104 degrees in the afternoon both Tuesday and Wednesday.

Due to the high temperatures forecasted, all School District of Philadelphia schools will dismiss students on Tuesday, August 28 and Wednesday, August 29 at 1 p.m. School-based employees are expected to work their normal work day.
Read More: https://t.co/nqgOiCc9Au

"Due to the high temperatures forecasted, all School District of Philadelphia schools will dismiss students at 1 p.m. on Tuesday, August 28 and Wednesday, August 29," Hite said.

In addition, the Pennsylvania Department of Environmental Protection has forecast a Code Orange Air Quality Action Day for ozone on Tuesday for Philadelphia and Montgomery, Bucks, Chester and Delaware counties. Young children, the elderly, and those with respiratory problems, such as asthma, emphysema, and bronchitis, are especially vulnerable to the effects of air pollution and should limit outdoor activities.

All school-based and administrative employees in the Philadelphia district will be expected to report for their normal work days.

After-school activities, including all athletic programs and professional development sessions, have been canceled for Tuesday and Wednesday.

The decision comes after students from across the city entered the classroom earlier than the usual post-Labor Day start time. Last year, for instance, the first session with students came on September 5.

Opponents of the calendar change questioned the likely impact of summer heat as early as 2016, when the proposal came under attack by Philadelphia Federation of Teachers president Jerry Jordan.

"The vast majority of our schools are not air-conditioned," Jordan told PhillyVoice in November 2016. "The last weeks of August are the hottest of the year. When schools have been closed for that long, going back into the building is unhealthy. The heat just stays in those buildings."

Jordan added that it becomes nearly impossible to accomplish anything under these conditions.

The district's motivation for the change was driven by research indicating that instructional time earlier in the year increases attendance and helps improve academic performance.