The U.S. Supreme Court Justice will visit the National Museum of American Jewish History on Dec. 19 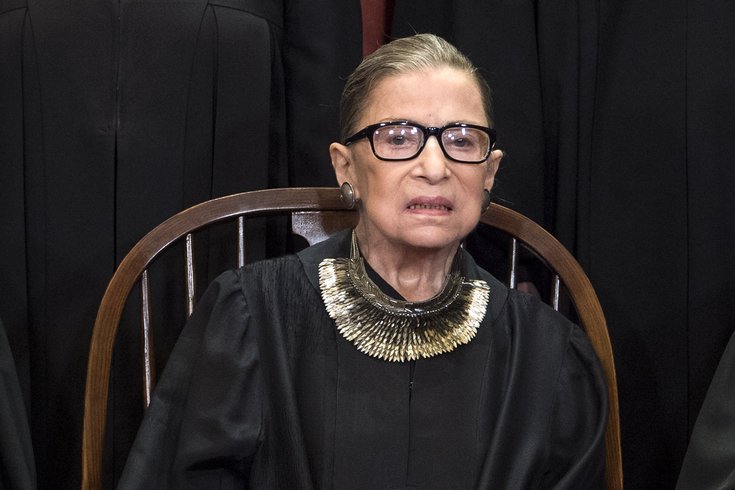 U.S, Supreme Court Justice Ruth Bader Ginsburg was selected as the 21st inductee to the Only in America Gallery at the National Museum of American Jewish History in Old City, Philadelphia.

Supreme Court Justice Ruth Bader Ginsburg will be in Philadelphia on Thursday, Dec. 19, to accept an honor from the National Museum of American Jewish History, located at Independence Mall.

Ginsburg, the first Jewish woman to serve on the U.S. Supreme Court, will be the 21st inductee into the museum's Only in America Gallery, which includes Irving Berlin, Estee Lauder, Gertrude Stein, Leonard Bernstein and others.

The award recognizes the achievements and contributions of American Jews who have significantly impacted American society and culture, often despite facing antisemitism and prejudice.

RELATED: James Bond has a Philadelphia connection that may surprise you | Star Philly chef Camille Cogswell, head of K'Far, named to Forbes' 30 Under 30

On Dec. 19, Ginsburg will be joined by Nina Totenberg, NPR's award-winning legal affairs correspondent and a longtime friend of the justice, in the museum's ballroom at 5:30 p.m.

While the event is sold out, the ceremony will be live streamed on the museum's Facebook page.

Currently, the museum's special exhibition is "Notorious RBG: The Life and Times of Ruth Bader Ginsburg," which is on view through Jan. 12, 2020.

Ginsburg also has been featured in the museum's core exhibition since its grand re-opening in 2010 and has been a longstanding museum member, according to the National Museum of American Jewish History.

The Only in America Gallery is located on the first floor of the museum and visitors are able to view it for free any day that the museum is open to the public.