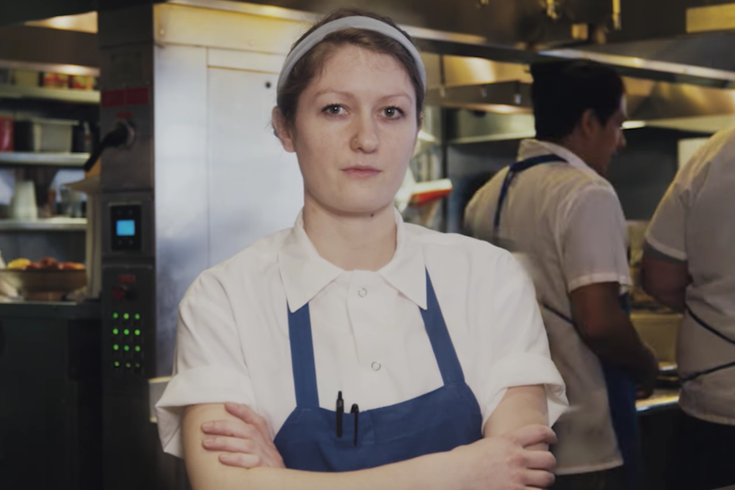 Camille Cogswell, executive chef at the recently-opened-and-impossibly-popular Israeli café K'Far in Center City, was named to Forbes' 30 Under 30 list Tuesday in the Food & Drink category.

Philadelphia's food scene has had a momentous 2019.

Camille Cogswell, executive chef at the recently-opened-and-impossibly-popular Israeli café K'Far in Center City, was named to Forbes' 30 Under 30 list Tuesday in the Food & Drink category, putting a cherry on top of a two-year whirlwind that puts Cogswell, 28, near the top of Philly's most talked-about chefs.

Cogswell's brief Forbes profile was light on plaudits, focusing more on her path to K'Far, which included schooling at the Culinary Institute of America, and a stop at Michelin-starred restaurant The Nomad in New York City.

Cogswell herself reacted to the news Tuesday via her personal Instagram:

Ummmmm. Excuse me, Whaaaaa?? 😳 Imposter Syndrome is real!!!! What an honor. Congrats to everyone! @forbesunder30 @forbes @kfar_cafe #30under30