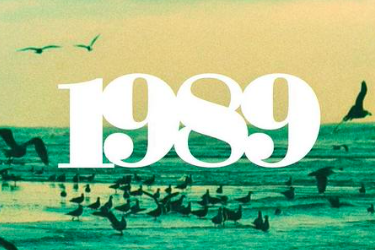 When rumors first surfaced that alt-country polymath Ryan Adams planned to cover the entirety of Taylor Swift's best-selling 2014 album '1989,' many were baffled, some were unsurprised, and most were kind of intrigued to hear a different spin on Swift's chart-topping turn to 80's-inspired pop.

While there have been some previews during the waiting period, today Adams released the first complete single, a cover of "Bad Blood," a '1989' track that initially received mixed reviews before being remixed with Kendrick Lamar and skyrocketing to the top of the Billboard Hot 100.

Adams, known for producing a variety of music heavy on emotion, doesn't deviate from his signature melancholy that manages to stay bright and captivating musically.

Listeners took to social media with their initial reaction to the first track off the album, and most were pretty complimentary.

The Ryan Adams version of Bad Blood has reminded me of why I love the dude.

@TheRyanAdams rocking 1989 is going to be my soundtrack for a long time! Bad Blood will do for now: http://t.co/nLjVJm6bEW

As for the original artist, Taylor Swift tweeted her gratitude for Adams' influence and is eagerly counting down the days until the full cover album is released September 21.

Ryan's music helped shape my songwriting. This is surreal and dreamlike. Countdown to #RyanAdams1989 @TheRyanAdams pic.twitter.com/pGZB0uUqiB