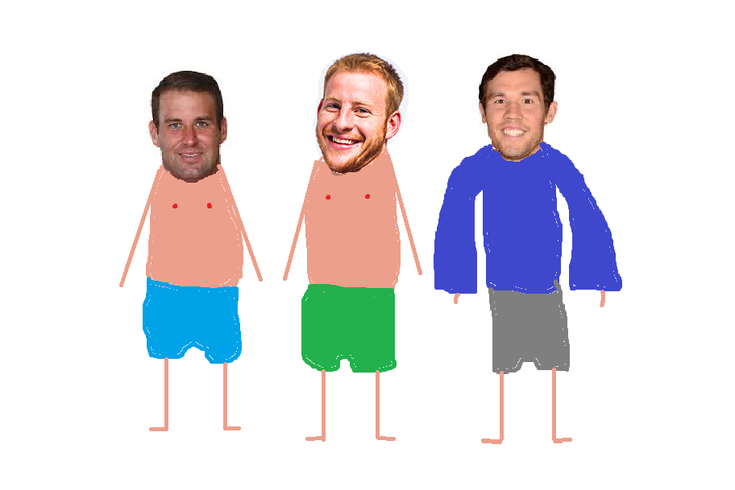 Remember when the Philadelphia Eagles traded up to the No. 2 overall pick, and Sam Bradford responded by going on strike for a couple weeks? Ah, memories.

The quarterback position was looking like a potential season-long distraction, with an unusual mix of three highly paid players. It turns out they all seem to genuinely like each other. Back in May during OTAs, each of the three quarterbacks painted a picture of love and harmony between each other. Credit Doug Pederson and Howie Roseman for handling that situation with the calm resolve that they did.

Nowadays, all three quarterbacks are working out together in San Diego.

#Eagles players hanging out in San Diego (via Jordan Matthews on snapchat). pic.twitter.com/sDrQgCJ3lq

Brandon Gowton of BGN also has good analysis of the players in the picture, most notably that Bradford takes his sleeves game so seriously that he even wears them at the beach. I don't have much to add, other than that you see those paddle boards everywhere at the Jersey shore these days, and I don't get the overwhelming appeal.