Scenes from Spring Training: Photos from Day One of Phillies camp

CLEARWATER, Fla. –– Aaron Nola, who hasn't pitched in a major league game since July, played catch along the outfield grass on one of the four fields at the Carpenter Complex on Monday morning.

Nola declared himself "100 percent" last month, and on Day One of Camp Clearwater, when pitchers and catchers were required to report, all was well with the 23-year-old right-hander. Nola's health – and his ability to look like the pitcher who had a 3.12 ERA and a 4.5 K-BB ratio (153 strikeouts and 34 walks in 155 2/3 innings) in his first 25 big league starts – will be a story throughout the spring and into the summer, too.

But the opening of every big league camp in February is a time for optimism.

Nola and the rest of the Phillies pitchers and catchers were required to report to camp on Monday; their first official workout will be held Tuesday. The first full-squad workout follows on Thursday, but several hitters were already on the field working with the coaching staff, including Maikel Franco, Roman Quinn, Michael Saunders, Aaron Altherr, Tommy Joseph, and prospects Dylan Cozens and Rhys Hoskins, among others.

Here are more scenes from Spring Training on Monday: 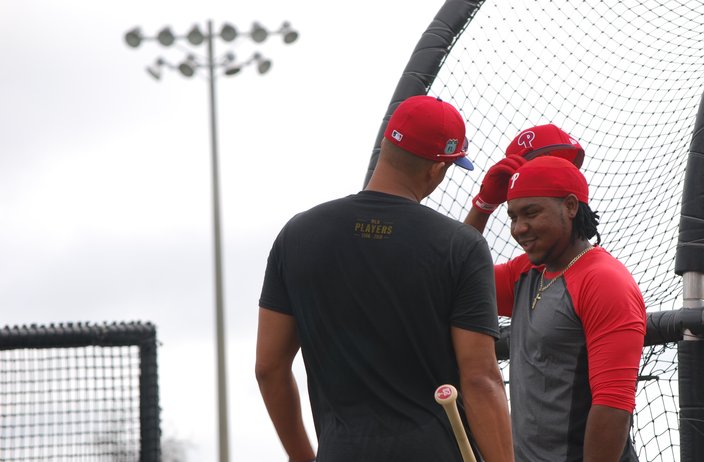 Aaron Altherr and Maikel Franco take a break during batting practice on Monday in Clearwater, Fla. Phillies position players aren't scheduled to hold their first official workout of the spring until Thursday. 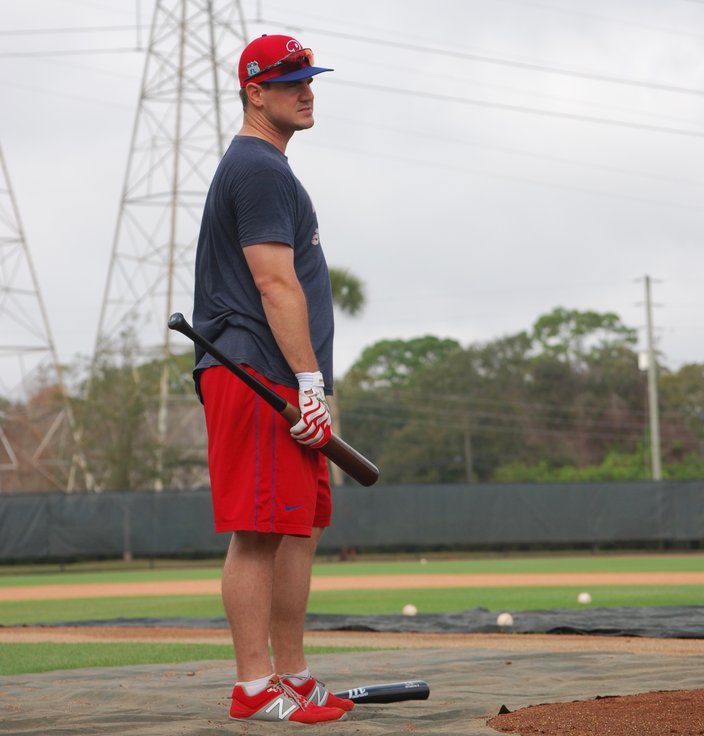 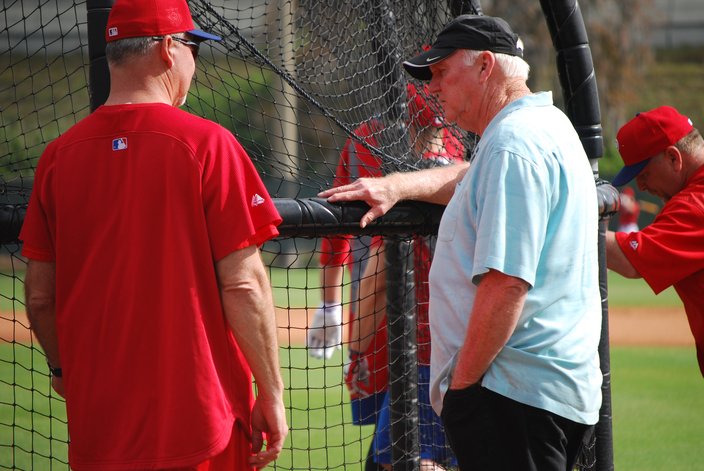 Charlie Manuel settles in behind the cage. 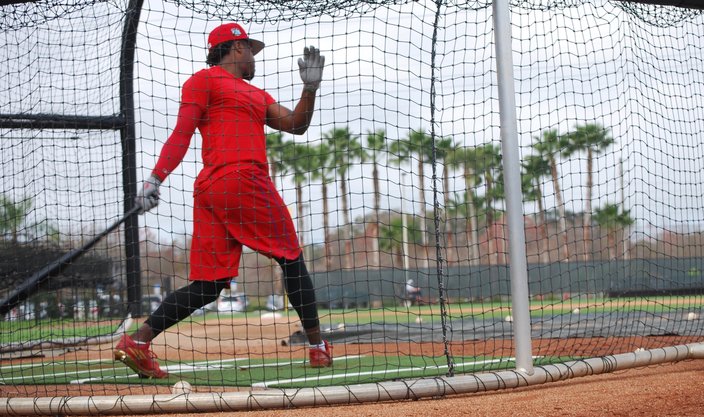 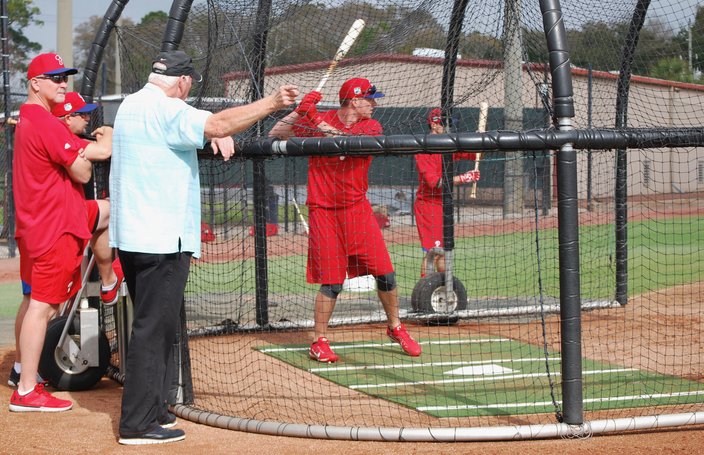