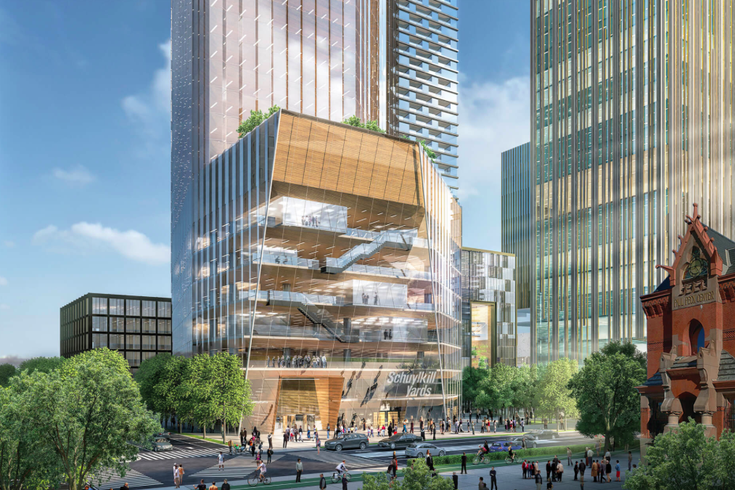 By mid-2017, Drexel University and Brandywine Realty Trust aim to break ground on Schuylkill Yards, a $3.5 billion project that will further transform West Philadelphia into a 14-acre "knowledge neighborhood" and public destination.

Announced a year ago, the project fits into the larger framework of the city's plan to create a 30th Street Station District in the coming decades.

That plan, recently awarded for its visionary and "daring" design, will build around and beautify Philadelphia's growing regional transportation hub, shifting the Center City skyline westward as new high-rises emerge across the Schuylkill River. The project is expected to unfold in multiple phases over the course of the next 20 years. 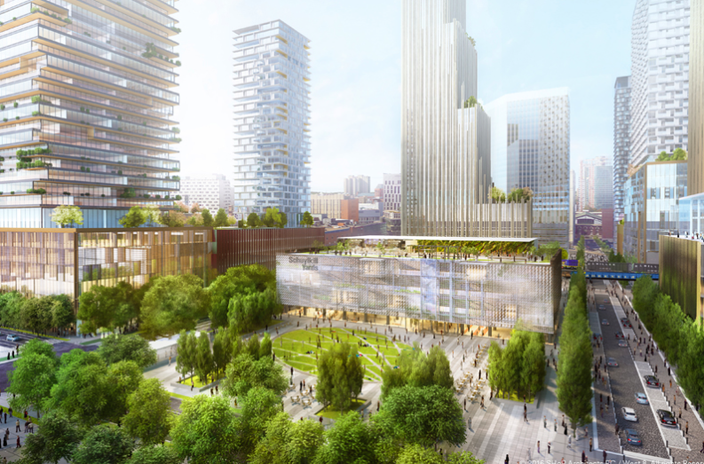 Rendering of Drexel Square, the gateway to Schuylkill Yards. -

Early renderings of the developers' plans focused on Drexel Square, a 1.3-acre park at 30th and Market Streets. Since then, details about two proposed towers have helped fill out a picture of the project's scope.

One of those towers, shown in a new rendering at the Schuylkill Yards website, features a dazzling glass facade that rises seven stories. 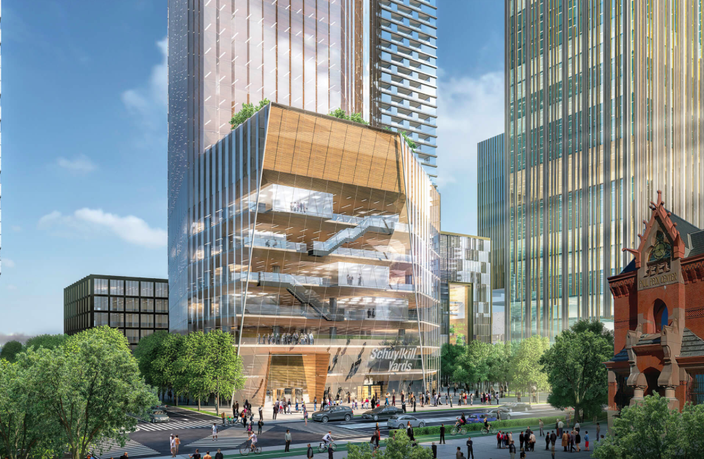 At a meeting with Philadelphia's City Planning Commission in January, PlanPhilly reported the developers have proposed two towers at 30th Street and JFK Boulevard, including a mixed-use building and an exclusively residential building. Another tower, named 3101 Market East, would include both office space and a hotel.


In total, Schuylkill Yards calls for:

As part of the Keystone Opportunity Zone, the developers project that Schuykill Yards has the potential to generate 25,000 new jobs

Check out a video on Schuylkill Yards from Brandywine Realty Trust.