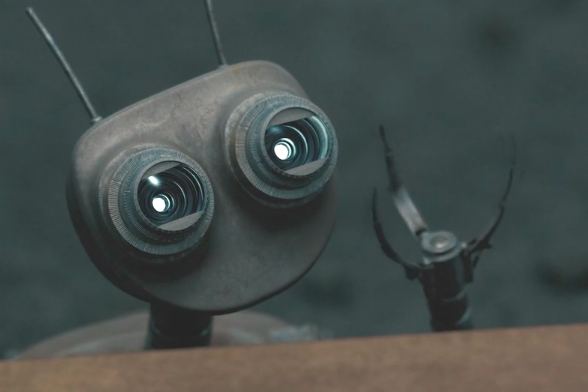 What happens when a pair of sentient, gem mining robots meet in a barren futuristic wasteland? That question serves as the premise an animated sci-fi short that has quickly gone viral after it was named a "staff pick" and placed on the homepage of Vimeo.

The film, 'Wire Cutters,' was created by filmmaker and animator Jack Anderson, a graduate of Chapman University's Dodge College of Film and Media Arts in southern California. The film has racked up more than 450,000 views on Vimeo after launching a week ago and has been in competition at 7 Oscar-qualifying film festivals.

According to the Chapman student newspaper The Panther, Anderson aimed to create a fable-like exploration of a moral dilemma.

He specifically wanted to use the robot characters to look at greed and the human ability to ruin relationships over the smallest things. There was no budget for the film as it was done entirely on computers. Anderson said he did the majority of the animating himself with the help of a few underclassmen.

Without spoiling anything, check out the film below and consider for yourself the parallels it has in our contemporary world, or the social and ecological dangers it may signal.