HQ Trivia's Scott Rogowsky is coming to Philly for live trivia, comedy at the Troc 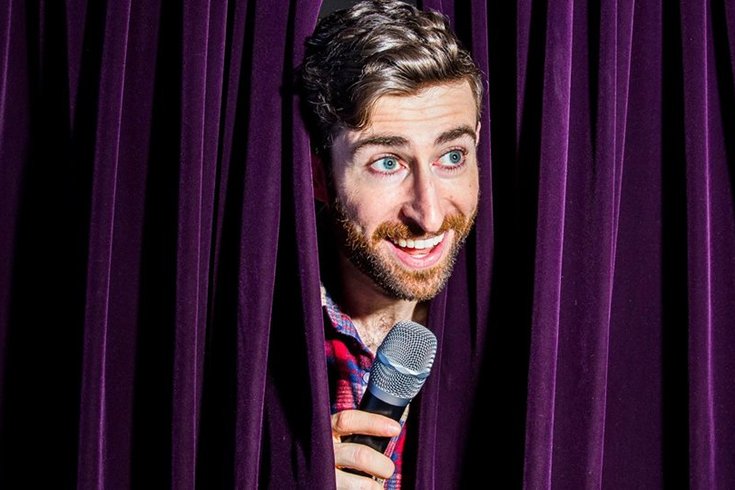 Scott Rogowsky is taking trivia out of your phone and into the Trocadero Theatre in Philly this weekend.

Scott Rogowsky, the main host of the addictive trivia app HQ Trivia, is headed to Philadelphia this weekend for a night of comedy and live trivia at the Trocadero Theatre.

The host is a familiar face to anyone who has ever tried their hand at the game, which gives users a chance to win money for answering trivia questions from their phones. The questions are read live by Rogowsky or HQ Trivia's other hosts, including Philly native Sarah Pribis, and are streamed from New York once or twice a day.

Rogoswky has garnered varied feedback throughout this HQ run – among some players, he's their favorite host; for others, there's the I Hate Scott Rogowsky Twitter account. Regardless, he's hitting the road with a handful of tour dates on the East Coast, including Washington, D.C., on Friday, before his Saturday show in Philly. The following weekend Rogowsky will head to Boston.

The show at the Troc, titled "Running Late with Scott Rogowsky," is one he has continued to perform at different venues since 2011, more recently with special guests – Paul Rudd and Sarah Silverman appeared for a show earlier this year.

Before Rogowski became more familiar through HQ Trivia, you may have also seen his popular YouTube bit, the "Taking Fake Book Covers on the Subway" series.

As for this weekend's show, expect to learn a lot more about Rogowsky beyond the app. His performance is a walk through a comedic autobiography of the comic. Of course, there will also be trivia – about 30 people from the audience will be selected to play, with local restaurant gift certificates up for grabs.