Meet the Philly-area native who stars in HQ Trivia

Find out why everyone is addicted to the app – and its hosts. 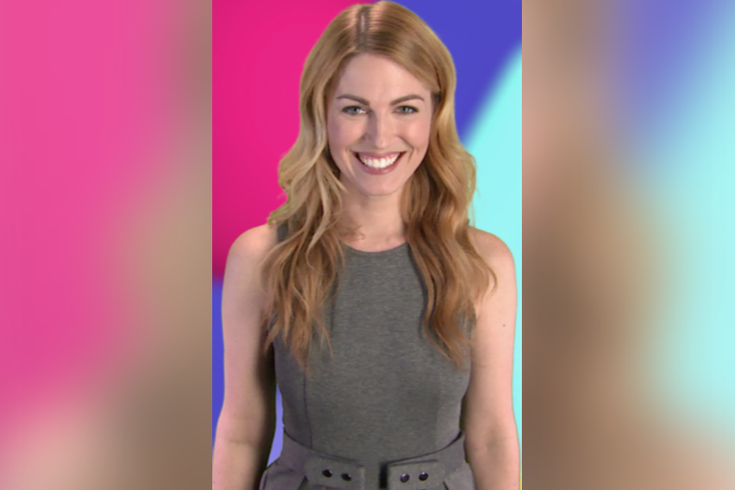 HQ Trivia host Sarah Pribis, grew up in the Philadelphia suburbs and attended Wissahickon High School in Ambler, Montgomery County. HQ Trivia is the super-popular smartphone app that can draw more than 1 million players each game.

Her career, however, started just on the cusp of the smartphone revolution, when she starred in a production of “Les Misérables” at Wissahickon High School in Ambler, Montgomery County, that inadvertently got her recruited to perform in the musical’s Broadway production.

That was about 10 years ago, and though HQ Trivia has easily catapulted Pribis into widespread recognition since then – placing her center stage before an audience that can top 1 million players each game – it’s not exactly the Ambler native’s first big break. For a time she appeared on “The Ellen DeGeneres Show,” including helping out with Ellen’s annual Cat Week.

How did she get that job? It all started with an infomercial advertising a self-explanatory bath product called Shiny Hiney. The commercial was widely shared online – it had nearly 1 million views on YouTube – even sparking a special “Shiny Hiney” week on “Ellen” and Pribis’ first appearance on the show.

“I submitted myself for this infomercial, booking it just from headshots, and it turned into this whole thing. You never know where that opportunity will lead to – nothing is below you,” Pribis said of the now-infamous bath product.

“Ellen is everything you’d hope she’d be. She’s warm, relatable, genuine … she made me feel comfortable even though I had every reason to be nervous.”

Pribis left her hometown in the Ambler area for college in New York, where she studied theater and journalism – a background she said comes in handy now that she has this steady job with HQ.

“To me hosting is its own form of acting, blending with the reporter thing,” Pribis said. When she auditioned last summer, she was cast as an HQ host almost immediately.

“I think they just threw me into the role. I just went in and hosted the game. At the time, it was still in Beta mode, with maybe a couple 100 players playing. It went well, and I’ve just kind of gone back ever since, the regularity of it increasing as the game gains popularity.”

Money is called dough because we all knead it. Come join in the pun tonight on @hqtrivia at 9pm! pic.twitter.com/uYbjvR6xzv

Unfamiliar with the growing phenomenon that is HQ Trivia? Consider it the latest wave of mobile gaming, the Pokémon Go of 2018. While Pokémon Go gained traction for its use of augmented reality, sending gamers walking down random streets with noses to their screens on the hunt for Jigglypuff, this app has garnered a similarly addicted fan base through a much simpler premise: the chance to earn free money.

Here's how it works: Every day the HQ Trivia app will light up users' phones with an alert to let them know a game is about to start – live games typically take place at 3 and 9 p.m. daily. In the minutes that follow, hundreds of thousands of people log on – this month the app hit a record-breaking 2 million concurrent players during the halftime of Super Bowl LII – to answer 12 questions (sometimes 15 questions for bigger jackpots).

Get one wrong and you’re out. The players left standing at the end split a lump sum of prize money, the winnings transferred to their PayPal accounts.

If this sounds all too familiar to you, then by now you are probably very accustomed with the talking heads of the app, the HQ Trivia hosts who read the questions and insert their own banter in between. The most frequent emcee is Scott Rogowsky, a New York standup comic whose hosting skills have garnered feedback both adoring and visceral.

Less divisive is Pribis, an alternate host whose background in sketch comedy and emceeing shapes her personality as trivia host.

Take a look at Pribis shepherding HQ players through a game in the clip below, and you'll get the basic sense of how it works

Though Pribis credits the game’s promise of earning money as a big component of its growing popularity, she said there is more at play in enticing users.

“I did not guess that it would blow up in this way, but looking back I can see why. There’s something to be said to take a 15-minute break out of the day to test your trivia knowledge, maybe with friends, in an interactive experience – both with players and hosts,” she said.

“People develop an attachment. Money is always an incentive, people love that, but the funny thing is they’re not necessarily taking a lot of money here. It’s just a thrill of knowing you’re competing against so many people. Getting to the end of 12 questions feels victorious. Everybody wants to have the opportunity to be the contestant.”

Smiling cuz the #Eagles won AND I got to sit still for 4 hours and eat nachos! 🦅 #SuperBowl pic.twitter.com/7laPItiwS7

The HQ Trivia is broadcast live, and its hosts have about 30 minutes before showtime to prepare. That's usually when Pribis comes in to write her own jokes about the questions and plan what she’s going to say.

“It’s a hard gig,” Pribis said. “It’s like nothing else I’ve ever done. I don’t have a history in stand-up, and I’ve never written my own jokes before, especially in such a short time period.”

Her background, in addition to musical theater and acting, comes from sketch comedy. She's made appearances working with College Humor and Elite Daily, and Pribis writes her own sketches, naming some of the best women to come out of "Saturday Night Live" as inspirations, including Tina Fey, Kate McKinnon, Amy Poehler, and Kristen Wiig, as well as other female comedy powerhouses like Mindy Kaling and Samantha Bee.

When Pribis isn’t hosting, she sometimes will play along with the trivia – though she’s not allowed to make any money off of it (and usually she loses somewhere around question four, she admitted). She does have some tips for winning, though.

“My advice would be to play with a group! Invite friends – you get extra lives that way – and hang out together and play," Pribis said. "Each person will have their own set of subjects that they excel in, plus if you have 3 phones playing and you’re split between an answer, you can each choose separate answers and one of them will be right!”