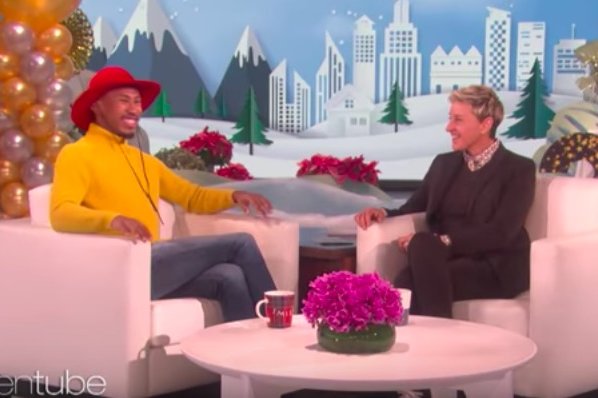 Kalen Allen, a senior at Temple University whose comedic commentary on food videos made him a viral YouTube star, appeared on “The Ellen DeGeneres Show” on Tuesday to make a deal with the host.

Allen’s appearance on “Ellen” comes after Ellen Degeneres gave him a shout-out on the show last month, praising his video series, “Kalen Reacts,” and invited him to appear on the show.

The format of “Kalen Reacts” is simple: Allen watches food instruction videos in the style of Tasty or PopSugar, usually finding recipes that look particularly disgusting, and voices reactions of puzzlement or horror as the video continues. One recent video, where Allen reacts to a mac & cheese instruction, has garnered nearly 700,000 views in the last three weeks.

Making good on the invite, Degeneres hosted Allen and discussed with him how “Kalen Reacts” got started, his favorite dish to make, and his multiple part-time jobs. Both Temple and Temple Talk, the school’s digital cable station, got shouts out during the segment.

It seems Allen may be working with "Ellen" more regularly in the near future, as well. As their interview winds down, DeGeneres told him, “We want to make a deal with you so you actually have a platform, and help you make these videos.”

Check out Allen’s ecstatic reaction in the full clip below.