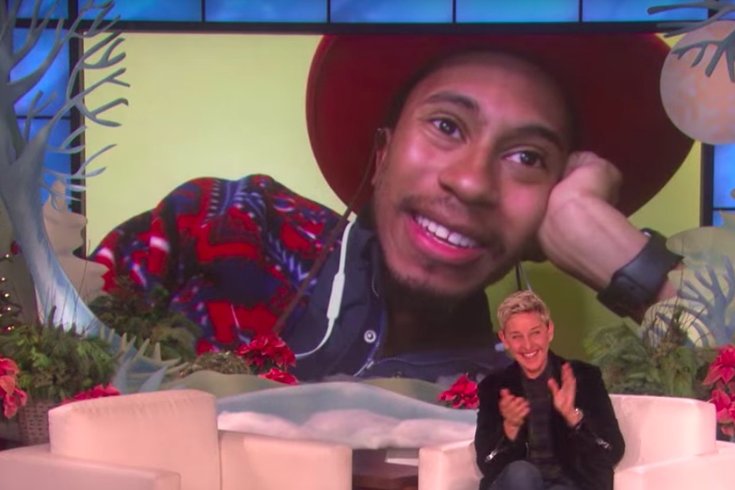 Kalen Allen, a senior at Temple University, got a shout out from Ellen Degeneres.

If you’ve ever found yourself watching video after video of addictive recipe instructions (think Tasty, PopSugar, and all of Pinterest), there is finally a voice to your feelings of confusion or horror when you come across a particularly puzzling recipe.

While the videos independently garnered an audience, reaching around 200,000 views just a few weeks after his first Tasty reaction video launched mid-November, Allen’s views have swelled to more than 600,000 at the time of this writing thanks to some help from Ellen Degeneres.

The talk show host featured one of Allen’s videos during a segment last week, inviting him to be on the show.

A lot of Allen’s viral attention is thanks to his reactions to terrifyingly gentrified versions of classic soul food recipes, like his commentary on a Tasty cornbread recipe.

“Onions? Oh this is nasty,” Allen says. “See, this is why I don’t eat at the white folks’ house. Not on Thanksgiving, Jesus.”

Allen grew up in Kansas City but came accustomed to home-cooked dinners from his grandmother, a Louisiana native. He even considered pursuing work as a pastry chef, but now studies performing arts at Temple, which he plans to pursue further once he graduates in May.

According to the Temple News, Allen is in the works to make good on Ellen’s invitation and fly out to L.A. in early 2018 to be on the show.