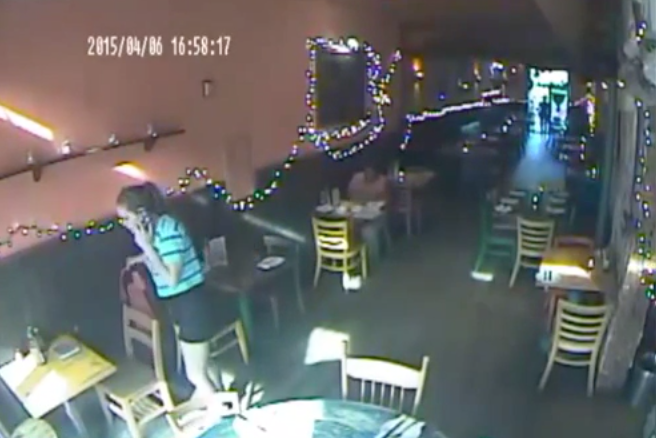 Philadelphia police continue to search for a suspect in the theft Monday of an unattended backpack containing a gun at Cantina Dos Segundos, a Northern Liberties restaurant.
Lt. John Stanford confirmed that the backpack belongs to a female officer who was off-duty at the time of the theft. She was not identified. Inside the backpack was a Ruger LCP semiautomatic .380 loaded with six rounds – the officer's personal, non-service weapon – as well as house and car keys, a knife, and reading glasses. The officer forgot the backpack on a chair inside the restaurant.
Surveillance footage from the popular Mexican eatery at 931 N. 2nd Street provides clear evidence that the backpack was taken by the unidentified suspect seen in the video below.

"Police are investigating the incident but no determination has been made if any disciplinary action will be taken against the officer," Stanford said.

Anyone who sees the suspect is advised by police not to approach her, but to call 911 immediately. A confidential tip can be submitted electronically. Anyone with information is asked to contact Det. Sheeron at East Detectives Division at 215-686-3243.