Another man with knife breached security perimeter, according to D.C. television station 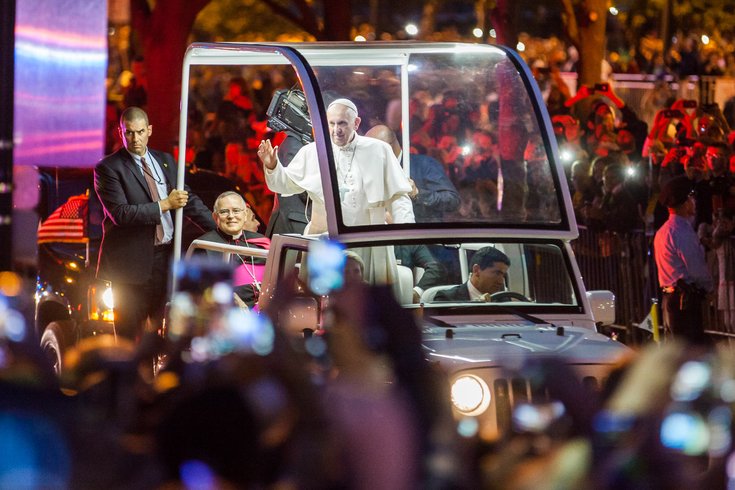 Pope Francis' popemobile passes thousands of people along the Benjamin Franklin Parkway as he arrives at the Festival of Families, September 26, 2015.

A log of security threats made during the Pope Francis' weekend visit to Philadelphia in late September includes a report of an "emotionally disturbed man" who made threatening comments, was "involuntarily committed, and later escaped custody," according to a Washington, D.C.-based television reporter.

NBC4 reporter Scott MacFarlane also reported via Twitter that the man, who was not identified, had a criminal history that includes theft, simple assault and drugs.

The log of threats obtained by MacFarlane through a Freedom of Information Act request, also includes a report of a man, already on security watch list, who "breached security" while carrying a knife.

A Secret Service spokesman said Friday he need to research the incidents before commenting.