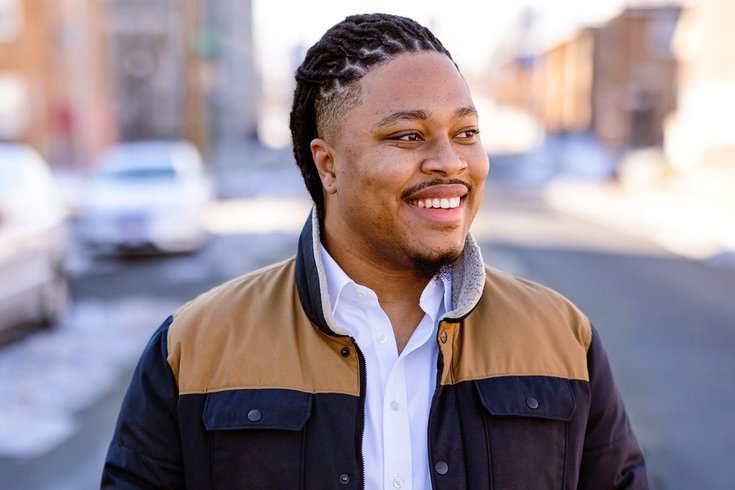 State Rep. Malcolm Kenyatta has been a staunch support of workers rights during his tenure in Harrisburg. Now, he seeks to win the open U.S. Senate seat in Pennsylvania.

State Rep. Malcolm Kenyatta has used his experience as a working class Philadelphia resident to appeal to voters in his bid to become a U.S. senator.

Kenyatta, 31, was first elected to the state House in 2018. His political positions are among the most liberal of the four Democrats on Tuesday's primary ballot for the open Senate seat in Pennsylvania.

In Harrisburg, Kenyatta has been a staunch supporter of unions and workers' rights. In his Senate candidacy, he has earned endorsements from the American Federation of Teachers, the Working Families' Party and the LGBTQ Victory Fund.

"Government hasn't worked for working families like mine," Kenyatta said in his first campaign video. "I know what it's like to see an eviction notice, to work a minimum wage job — my first one was at age 12, working to support my family."

He began community organizing while in college, coordinating protests against then-Gov. Tom Corbett's education budget cuts. Activism runs in his family – he is the grandson of Muhammad Kenyatta, a civil rights activist who ran an unsuccessful mayoral campaign against Frank Rizzo in 1975.

In the General Assembly, he has introduced legislation aimed at increasing access to mental health care, eradicating generational poverty and creating standards for domestic workers.

Kenyatta supports reproductive rights and has introduced state legislation to safeguard them. He also has criticized anti-abortion groups that have used deceptive practices to keep women in their care until they can no longer have an abortion.

In response to the leaked draft of the Supreme Court ruling that would overturn Roe v. Wade, Kenyatta said he believes overturning the landmark ruling is just one step in an effort to overturn additional court precedents. He called for expanding the Supreme Court in order to "pry the court loose from an increasingly radical right wing majority."

Despite his profile in Philadelphia, Kenyatta failed to gain endorsements from the city's Democratic establishment. Both Mayor Jim Kenney and the Philadelphia Democratic Party endorsed U.S. Rep. Conor Lamb. City Committee chair Bob Brady told WHYY he believed the party's decision was based on Kenyatta's "electability."

At a primary debate in early April, Kenyatta insisted that the U.S. should stop approving new fracking permits and ensure a "just transition" to clean energy. This separates him from Lamb and John Fetterman, who have argued a fracking ban would have a negative economic impact.

Kenyatta also supports abolishing the filibuster, as do Lamb and Fetterman. He said he would support Sen. Elizabeth Warren's proposal for a 2-cent wealth tax on fortunes more than $50 million.