Residents will be asked about changing the zoning board, removing gender-based language from government documents and making the Fair Housing Commission permanent 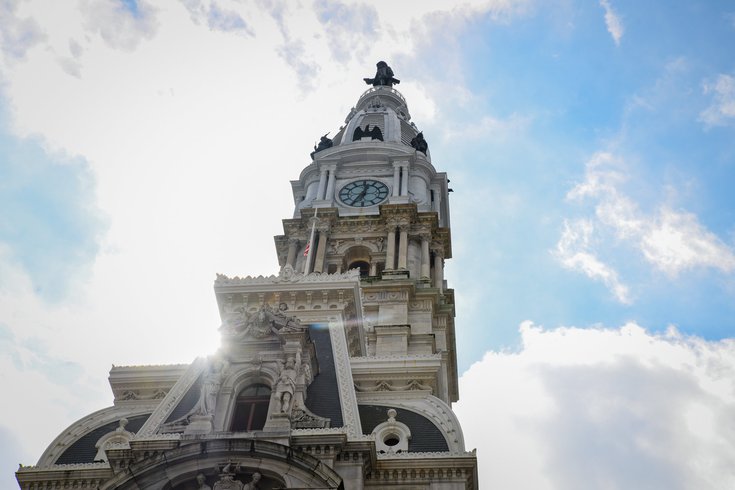 Philadelphia voters will have four ballot questions to answer during the primary on Tuesday, May 17. Each question proposes a change to the city Charter, including changes to the zoning commission, removing gendered language from the city's governing documents, and making the Fair Housing Commission permanent.

Amid highly-publicized and crowded primary elections taking place in both parties, all Philadelphia voters will have four ballot questions to answer at the polls on Tuesday, May 17.

Voters will be asked whether the city should expand the number of people on the Zoning Board of Adjustment and make other changes to the board. There are two separate questions about removing gender-based language  – like the terms firemen and policemen – from the Philadelphia Home Rule Charter and the charter's educational supplement. And voters will be asked whether the Fair Housing Commission should be made a permanent, independent body within the city.

Here are more details about each question:

Question 1: Should the city expand the number of appointees on the Zoning Board and make other changes?

Shall the Philadelphia Home Rule Charter be amended to revise the composition of the Zoning Board of Adjustment by increasing the number of mayoral appointees from five to seven; by requiring Council confirmation of the mayor's appointments; and by specifying qualifications that appointees must possess, including a demonstrated sensitivity to community concerns regarding development and the protection of the character of Philadelphia's neighborhoods?

The Zoning Board of Adjustment is a mayor-appointed commission that oversees and makes decisions about development throughout the city. The City Commissioner's Office notes that the commission hears cases about zoning adjustments, sometimes making case-by-case decisions regarding specific proposed zoning changes.

Currently, the zoning board consists of five mayor-appointed members. The proposed measure would increase the number of members to seven and require they receive approval from City Council. In addition, the measure would shift the ideological composition of the board, requiring the member to meet certain qualifications.

The ballot question is based on a bill passed by City Council in January. In addition to expanding the zoning board, it potentially would mandate the qualifications and backgrounds that ZBA member possess. The question proposes two zoning board members be community leaders, along with board including an urban planner, architect, zoning attorney, expert in real estate finance and a person with experience in the construction industry. All board members would have to show demonstrated "sensitivity" to community concerns regarding development and preserving the character of Philly neighborhoods.

When the law passed in January, it was welcomed by community members, many of whom feel development decisions in their communities were made without the best interest of their quality of life in mind.

Though the law itself received major support from City Council, Mayor Jim Kenney opposes it, saying that he believes it will hamper development in the city.

If passed, the changes would be implemented in October.

Voting "yes" on this ballot measure supports increasing the number of members on the  Zoning Board of Adjustment from five to seven, as well as requiring City Council approval of appointments. A "yes" vote also is in favor of changing the composition of the commission to include two members of community groups, an architect, an urban planner, a lawyer with zoning experience and a person with experience in the construction industry. All appointed board members would be required to demonstrate sensitivities to community concerns and protecting the character of Philadelphia neighborhoods.

Voting "no" on this ballot measure retain current rules regarding mayoral appointments.

Question 2: Should the city remove gender-based language, like "firemen" and "policemen," from the city charter?

Should the Philadelphia Home Rule Charter be amended to remove all gender-based references?

The home rule charter is like the city's constitution, the City Commissioner's Office explains. Currently, the charter uses the pronouns "he/him" to refer to high-ranking city officials, including all references of the mayor. The charter also uses terms like "firemen" and "policemen," and uses other pronouns, like "she/her," sparingly.

The measure proposes removing all gender-based references entirely. Instead, the charter would refer to city officials by titles, rather than by gendered pronouns. For example, references to the mayor using "he" would be replaced with "the Mayor." "Firemen" would become "fire fighters" and "policemen" would become "police officers."

Some gendered language has already been changed within the city charter. In 2019, residents voted to remove gender-based references to city council. Rather than using terms like "councilman" or "councilwoman," the charter now refers to each of these elected leaders as "councilmember."

Voting "yes" on this ballot measure supports removing all gender-based references in the city charter and replacing gendered pronouns. City leaders would be referred by their official title in the home rule charter.

Voting "no" on this ballot measure keeps all gender-based references in the city charter, meaning it would continue to use titles like "firemen" or "policemen" in place of gender neutral language.

Question 3: Should gendered language educational supplement of the city charter, which governs the school district and board of education?

Should the Educational Supplement to the Philadelphia Home Rule Charter be amended to remove all gender-based references?

This ballot questions is very similar to the previous one, but it specifically refers to the city charter's educational supplement – the document that sets rules for the School District of Philadelphia and the Board of Education.

As it is now written, the educational supplement refers to all individuals as men, including the superintendent, mayor, president of the board of education and school auditor. If passed, the measure would replace gender-based references in the document with an individual's title. For example, all references made to the superintendent using "he" would be replaced with "the Superintendent."

City Councilmembers unanimously voted in favor of putting both gendered-language questions on the ballot. The changes to the language would makes these city documents inclusive of women and people of genders not represented by the charter's current language.

Voting "yes" on this ballot measure supports removing all gender-based references in the Educational Supplement of Philadelphia's city Charter. It would swap out "he" and "him" in favor of specific, official titles.

Voting "no" on this ballot measure opposes removing gender-based references in the Educational Supplement of Philadelphia's city Charter. It would keep the document as is and continue to refer to all high-ranking officials as men.

Question 4: Should the Fair Housing Commission be made permanent?

Should the Philadelphia Home Rule Charter be amended to establish the Fair Housing Commission as an independent commission to administer and enforce statutes and ordinances concerning unfair rental practices and other matters concerning the landlord and tenant relationship and to adjudicate disputes related to such matters?

The Fair Housing Commission is a mayor-appointed board established in 1962. In the 60 years since, its members have enforced the city's regulations on rental properties and have helped resolve disputes between tenants and landlords.

The FHC can hold hearings on potentially unsafe properties, and the board acts as a resource hub for renters and landlords.

Making the the board permanent would not change its ability to enforce regulations. Though the commission has been operating lawfully in Philadelphia since 1962, it is not a permanent fixture in city government and could potentially be dissolved. If passed, the measure simply establishes the FHC as a permanent, independent body, ensuring its continuation.

Voting "yes" on this ballot measure supports establishing the Fair Housing Commission as an independent, permanent body within the Philadelphia City Charter. It would not change how the board functions or what regulations it is able to enforce.

Voting "no" on this ballot measure opposes establishing the Fair Housing Commission as an independent body within city government. The commission would continue to exist and operate as it does now, but it potentially could be dissolved in future sessions of Council.

Polls will be open from 7 a.m. until 8 p.m. on Tuesday, May 17. Registered voters can find where to place their ballots using this polling place locator tool.