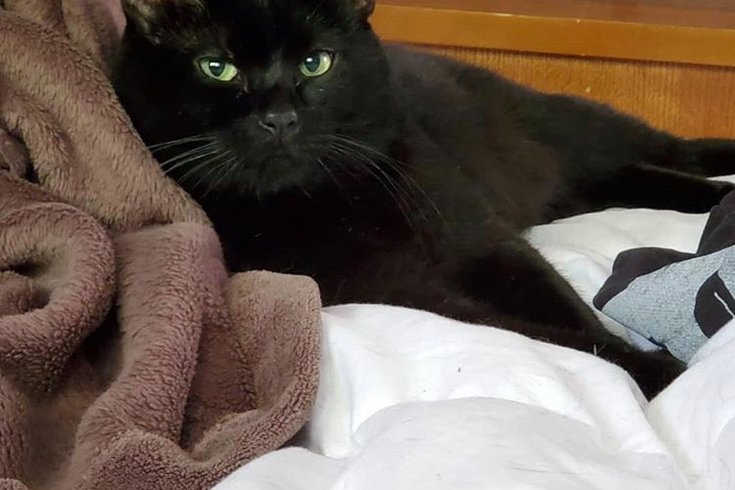 A black cat named Batman was stolen from Forgotten Cats' Adoption Center in Brookhaven on Nov. 7, the shelter said. Police are investigating the cat's disappearance.

Brookhaven police are investigating the disappearance of a black cat from a shelter located inside a PetSmart last week, officials said.

Batman — yes, that is the cat's adorable name — was stolen from Forgotten Cats' Adoption Center on Nov. 7 around 8:30 p.m., according to the shelter. He was last seen leaving the store with a man and woman who appeared to be in their mid-20s, according to police.

The 10-year-old, male cat is all black and weighs about 14 pounds, according to police. He has a shaved spot on his neck from recent blood work.

The shelter adds that Batman is "affectionate and friendly." The cat, which is not microchipped, has early chronic kidney disease, requires a special diet, and is on medication.

In a Facebook post, the shelter said it would not press charges if the cat was returned to the Brookhaven PetSmart. The shelter is offering a $2,100 reward for its return.

If you have any information on Batman's whereabouts, you can contact Forgotten Cats' Adoption Center at (302) 540-3044 and info@forgottencats.org.