The plan, which would reduce the number of routes from 125 to 99, will be delayed until 2024 to allow more community input 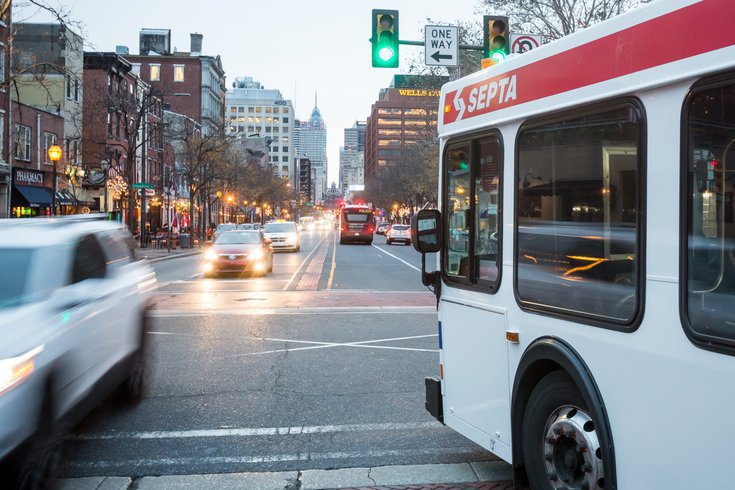 SEPTA has delayed its 'bus revolution' plan to revamp the transit system's routes after community feedback. The plan will incorporate more input from riders before its implementation in 2024.

SEPTA is postponing its so-called "bus revolution" until 2024.

The transit authority, which planned to roll out massive changes to the bus system later this year, has decided to go back to the drawing board after community pushback. The delay will allow SEPTA to recalibrate its approach and get more feedback from riders.

Councilmember Katherine Gilmore-Richardson said that the transit authority's information sessions about the upcoming changes to the bus network were not inclusive, noting specifically a community open house at a church in Overbrook Farms where older people did not have chairs to sit.

Councilmember Curtis Jones said that an overhaul to the bus system that eliminates routes does more harm than good and affects the people who rely on public transportation the most.

"A simple change in a route to us might be catastrophic to a kid who didn't want to go to school in the first place, to a person that might skip a doctor's appointment because it's too complicated to get there," Jones said.

Busch said that SEPTA is currently redrafting the plan and expects changes to be complete by March, when the transit authority will hold information sessions across the city for detailed input and feedback.

"Once we debut that, we start all over again with the public meetings. So through the spring, (we're) looking at scheduling several dozen of these meetings and having another extended round of feedback. And just looking at that timeline, and then looking from there, we want to allow time for some additional changes based on what we're hearing from people."

The changes to the bus network will not be finalized without approval from SEPTA board members.

SEPTA's transformational plan for a new bus network reduced the number of routes from 125 to 99, increased the number of "frequent" bus routes from 32 to 44 and introduced the MAX series, which stands for the maximum time between buses. Riders waiting for the next 10MAX bus, for example, would only have to wait 10 minutes.

The transit authority's plan represent the first major rehaul of the system since it was introduced almost 60 years ago.

"We can make targeted changes, together, on our own terms, now … Or we can face the certainty in several years of being forced to make service cuts," she said.

Busch echoed Richards' point, emphasizing that nothing like this has been undertaken in nearly six decades — and SEPTA is still figuring out how to make its "revolution" work for everyone.

"There hasn't been any comprehensive look at the bus network and kind of how it all works together, making sure that we're trying to make it as reliable and efficient as possible," Busch said. "So having a little bit more time to make sure that we're getting that right, we think this is the right way to go. We're well-positioned to start getting these changes out next year."