The project, initially slated to begin in early 2020, was delayed by the COVID-19 pandemic 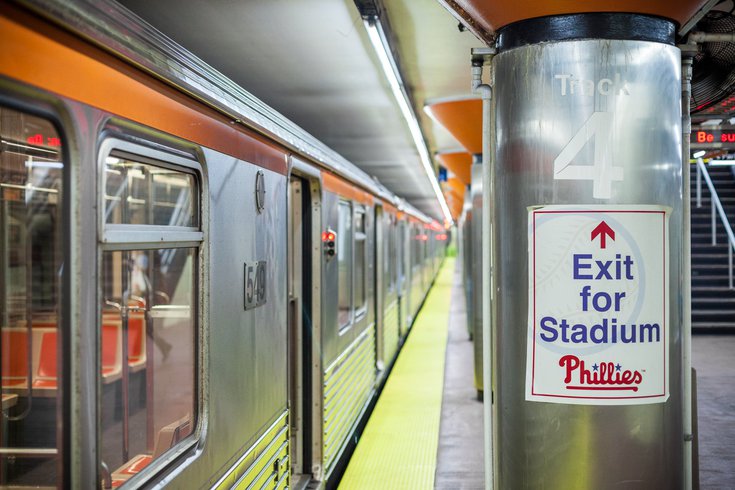 SEPTA will debut real-time countdown clocks on the Market Frankford Line, Broad Street Line, trolleys and Norristown High Speed Line later this year. After being delayed by COVID-19 and a malware attack in 2020, the technological upgrade will allow riders to find real-time arrival information and system-wide delays inside the station.

Commuters tired of waiting aimlessly for trains on the Market Frankford Line may soon get some relief, as SEPTA is preparing to install countdown clocks on all subway platforms later this year.

The countdown clocks, which will debut at 13th Street Station by the end of March, will provide real-time location information about arrivals and system-wide delays. After the first installation at 13th Street, SEPTA plans to quickly expand to other stops on the Market Frankford Line, the Broad Street Line, trolleys and the Norristown High Speed Line by the end of the year.

"Like all big projects, work to try to get this real-time information out to customers has been underway for years," said Andrew Busch, SEPTA's spokesperson. "The pandemic did cause some slowdowns, but a malware attack on our system in August of 2020 majorly impacted our IP systems and caused additional delays for the countdown clocks, which use really intensive software."

The countdown clocks were originally announced in February 2020, just about one month before the COVID-19 pandemic prompted a stay-at-home order that sent most of Philadelphia indoors. Three years later, these stations will finally get the upgrade.

The countdown clocks will be similar to the ones in the New York City subway, which took 11 years to install in all 471 stations across the city. While Philly has far fewer stations to cover, each of the stations uses different tracking systems.

Fortunately, Busch said that the transit agency has been testing the countdown clocks for months and is on track to begin installation by the beginning of spring.

"13th Street Station was chosen because we have a centralized communications system that allowed us to test the clocks more heavily at that site," Busch said. "We anticipate that soon after, we'll be able to expand to the Broad Street Line and then out further from there."

For now, riders can check for route or system-wide delays on SEPTA's official app or SEPTA's Twitter account. Both of these resources will remain available for customers after the clocks are added, but Busch said that most passengers prefer to be able to look up and know when their train is coming.

The effort to add countdown clocks is part of a larger effort by SEPTA to improve the user experience and, hopefully, boost ridership on its subways and the rest of the system. SEPTA ridership fell by more than 60% at the beginning of the pandemic and has yet to fully recover, with some riders opting to drive or use rideshares amid concerns about public safety on the transit system.

"The clocks are part of a bigger effort to improve how we're interacting with customers and improve the information we're making available," Busch said. "We think it'll help improve our ridership, showing customers that we're responsive to their needs and giving them the information they've asked for and that they need as they travel through our system. By improving the experience of the system, we hope to encourage people to ride regularly."

Real-time arrival information was rolled out at bus stops across the city last year, though the project was spearheaded by the city's Office of Transportation, Infrastructure and Sustainability. About 60 bus shelters have started using SEPTA location data to show real-time arrival times to waiting riders.

Each display shows arrival times for the next eight buses that will stop at the station, along with a countdown and whether it's running on time. Much like the countdown clocks, the OTIS project is designed to make SEPTA's user experience better.

In December, SEPTA rolled out mobile ticketing for riders on buses, subways, trolleys and the Norristown High Speed Line. Rather than fumbling around for a physical Key Card, riders can purchase mobile tickets using SEPTA's app and simply scan their phones at turnstiles to enter each station or board the bus.

The agency will expand mobile ticketing to Regional Rail passengers by the end of the year as it upgrades some of the technology at train stations.