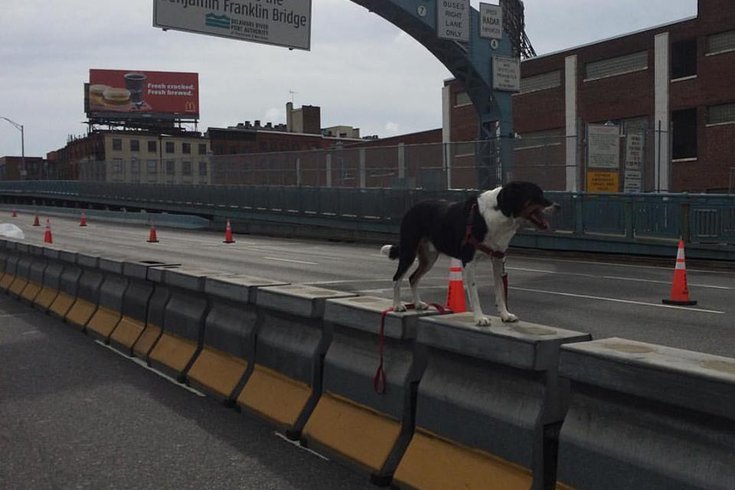 The Pennsylvania Department of Transportation early Monday reopened major highways that were closed Friday for the papal visit to Philadelphia during the weekend.

Interstate 676 East between Interstate 76 and Interstate 95 in Philadelphia was reopened at 3:30 a.m. PennDOT says exit ramps along I-676 east will reopen later when conditions are safe for vehicular and pedestrian travel.

Ramps from I-76 east and west to 30th street and to Spring Garden have also been reopened.

The Benjamin Franklin Bridge was also reopened at 4 a.m. Monday after being closed Friday to allow foot traffic from New Jersey to cross the Delaware River to attend Pope Francis’ Papal Mass on Sunday and the Festival of Families on Saturday. Earlier, officials said they wouldn’t announce if the bridge would reopen Monday until later in the day.

“Our expectation has always been that we would return to normal operation as quickly as possible, following the opening of key roads and highways that connect to the Ben Franklin Bridge,” said John T. Hanson, CEO of the Delaware River Port Authority. “It has truly been an honor to participate in this historic and joyous event and I am especially pleased that we will be able to accelerate our original timetable and return to serving as an important connection between Philadelphia and South Jersey.”

Pedestrians will be able to use the Ben Franklin Bridge foot walk Monday.

Regular weekday service on SEPTA was scheduled to resume for transit buses, subways and trolleys at 5:00 a.m. except for the Regional Rail, which is operating on a Saturday schedule. Enhanced service will operate on the Cynwyd and Wilmington/Newark Lines.

SEPTA reported at around 10:00 p.m. Sunday that most of the estimated nearly one million people who crowded into Center City to witness the Papal Mass had been cleared.