Money will be used to improve Suburban Station 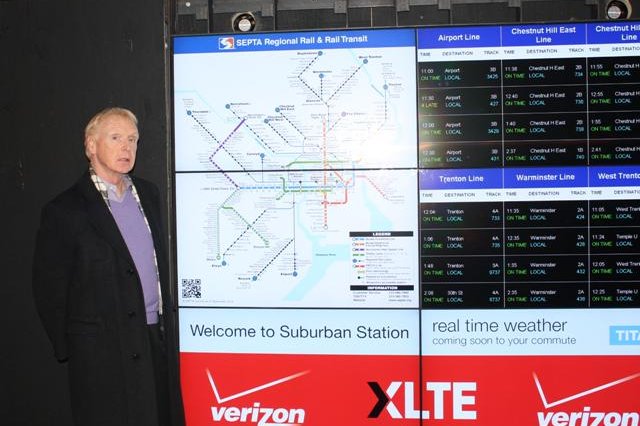 The improvements include "three new state-of-the-art video schedule boards," according to a press release from SEPTA. Friday's announcement also accompanied the grand opening of a new Verizon store in Suburban Station: 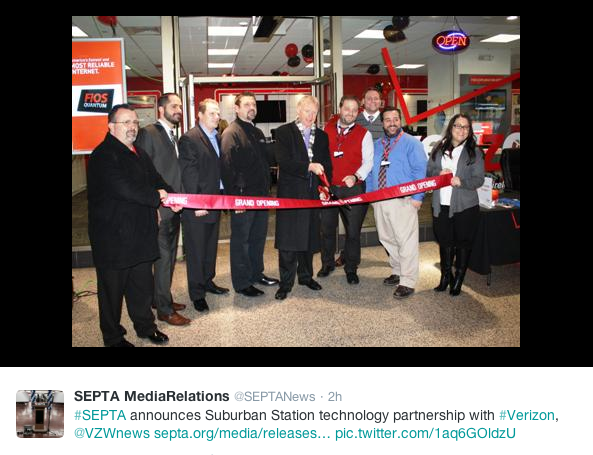 The partnership is an effort by SEPTA to boost revenue in order to improve its infrastructure. According to the release:

The partnership with Verizon is consistent with SEPTA's mandate to seek alternative sources to help pay for operating expenses. In passing recent legislation for transportation funding in Pennsylvania, state lawmakers have called on SEPTA and other transit agencies to bolster advertising and other non-fare revenues.

As Tom MacDonald of WHYY reports, the deal will not include naming rights to Suburban Station, unlike similar advertising deals SEPTA has made with Jefferson Health Systems at Market East station and AT&T at the Pattison Avenue Broad Street Line station near the stadiums.

Francis Hilario of the Philadelphia Business Journal reports that the new video boards, which have been installed by Planar Systems Inc., will include travel and weather reports in addition to train schedules.