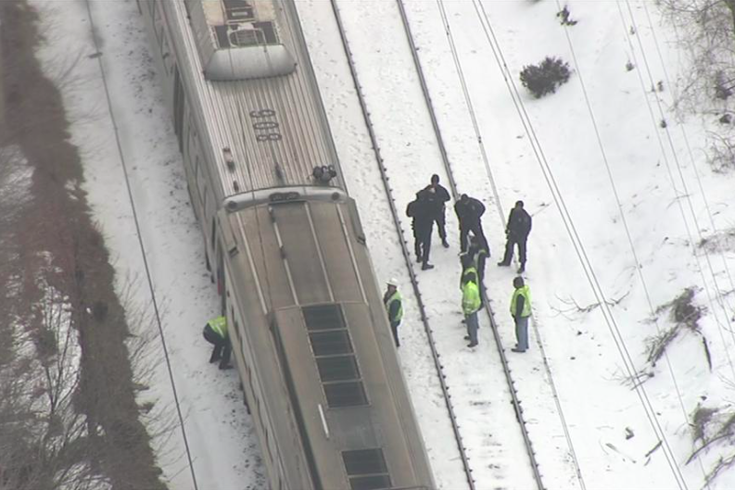 A SEPTA train got stuck between the Warminster and Glenside stations Thursday morning while carrying around 500 people.

SEPTA service has been restored after a train with about 500 passengers was disabled when electrical wires fell on top of it Thursday morning.

Service on the Warminster line resumed at 3:37 p.m., SEPTA spokesperson Kristin Geiger said, but it has not yet been determined what caused the wire to fall.

Passengers sat on the train while crews worked to shut off power the downed wires. Once the wires were no longer active, Geiger said, a "rescue train" was sent and stopped in front of the disabled train. Passengers boarded the rescue train at approximately 9:25 a.m.

During the suspended service in both directions between Warminster and Glenside, SEPTA ran a shuttle between stations so passengers could use the train between Glenside and Center City. 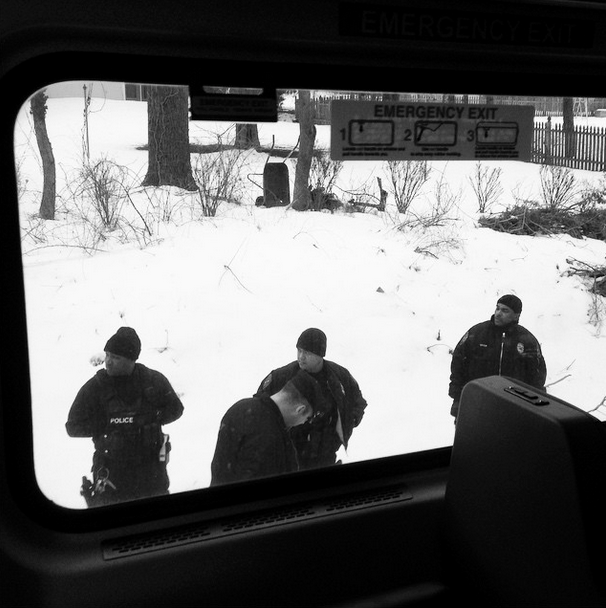 Instagram user thejmarsh uploaded a photo of police from inside the broken down train. Source/Instagram, thejmarsh

Warminster: Shuttle buses are operating between Glenside and Warminster in both directions until further notice. Expect delays.