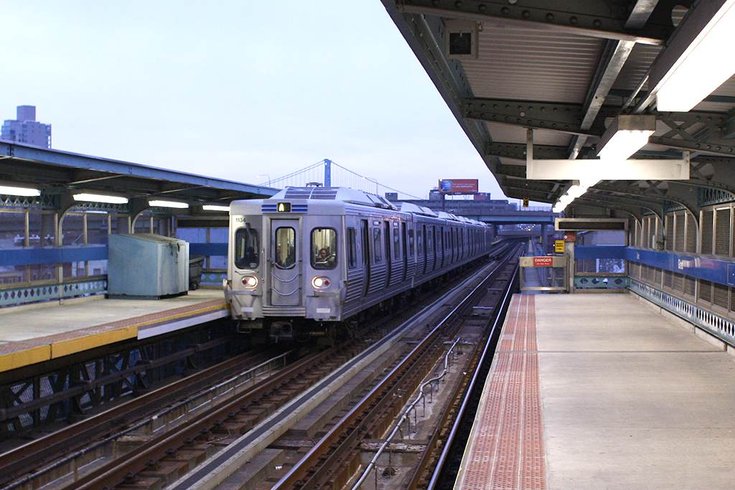 Let me start this off with three quick disclaimers:

1. I am happily in a relationship

2. I have nothing but undying love for Wawa

3. This is possibly the most frivolous thing I've ever published (cough, cough, cough)

Last week, PhillyMag ran an insightful story revisiting a 2013 Psychology Today infographic that maps out the most popular places, state by state, for posts on Craigslist Missed Connections. For those not in the know, this is the "personals" section where people send out the online equivalent of a message in a bottle. It can be directed at a total stranger seen in passing, at an ex-lover, or at no one in particular—just a beautiful, biting or cringeworthy musing on unrequited love. 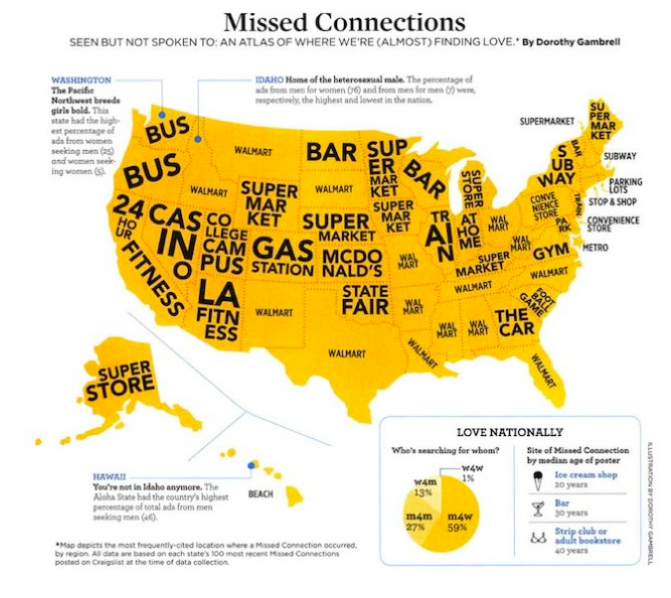 The mystery of Cupid somehow striking Georgians while they're driving their cars is beyond me — are people glancing deeply into the rearview mirror? — but amid the Walmart states and gas stations of America, Pennsylvania stands out as a hub for flirting at convenience stores.

Hell, they have everything else, so why not love? I happen to think SEPTA—the El, in particular— is way better and would probably facilitate more actual connections

There's really nothing Wawa doesn't do right, straight to down to its playlists and quirky staffs. For a few years, the entire team at the old Jenkintown Wawa called me "Ham on Rye" because I'd get out of work every night and get that sandwich. I did not manage to parlay that into a hook-up, except extra ham.

I fully acknowledge that the data backs up the label on the infographic: Wawa leads the way in local Missed Connections posts, notching 30 since March 24, including this one at the location on Street Road. As sociologist Michael Rosenfeld told PhillyMag, upgrades to public places over the last few decades have really helped spark fleeting connections that in the past might have been little more than gruff blinks.

Living in a society that thrives on digital networks, we should, in theory, be able to find better ways to merge the romantic energy found offline with the tools the internet provides us. To some extent, this requires believing that Craigslist isn't just an utter cesspool of potential predators. Maybe it's not the best forum, and some genius app developer can come up with something better than Tinder for people you've already seen, but don't yet know.

With all due respect, women and men both could justifiably feel that being stared at, or just looked at, innocently and in a positive light, is something to be found creepy. You know, despite all the time you put into looking nice.

Here's the thing about Wawa: Unless you're hanging out there (and yeah, at some of them, you really can these days) the odds are your moment of infatuation gets zapped the instant you remember why you're actually there. I think I'd be more in love with whatever I purchased at Wawa than a person I randomly thought was attractive there.

Granted, Missed Connections most likely only have a remote shot if words were exchanged with a person. Absent that, at Wawa, it's pretty doubtful both people would advance things based on looks alone. The truth is, most people would probably think the whole idea of taking to the internet over a lottery-level crush (or, maybe just as likely, to cheat) is pretty pathetic.

I'd say "sad" is a better word. So many people are alone out there and the littlest of things could change that.

As an analogy, Missed Connections, or something like it, might move society's chance encounters from "no chance at all" to "Ernie Els will eventually sink this Godforsaken putt."

Might we all just get over ourselves and learn to walk up to someone cute and say hi? That would be the best outcome, if we could also all be kinder about rejection. I don't know. People have seemed friendlier to me in recent years. Maybe that's owing, in part, to what The Strokes' drummer Fabrizio Moretti said about "The Internet" in a recent interview with the band:

"I have a lot of faith in it because I believe that it's a uniform mind that allows people to be more empathetic with one another—and live more as the virus that we are."

For all that gets said about SEPTA's buses, trolleys, trains and subways, the Greater Philadelphia Area is lucky to be home to the ninth-ranked public transportation system in the United States. Yes, SEPTA has its crime, tragedy, troubled youth, and seediness at times, but this is Philly, and that could be said about a lot of big cities. SEPTA is also a place where we see the best of our city at work, too.

I say we follow the lead of New York City, if you take another gander at that Psychology Today infographic.

People of the El, how many times have you seen someone who intrigued you on the subway? While you waited for it? When you actually looked up from your phone? When you got off work? Too many times to count! The El is a place where we're all stuck until we get where we're going. It's the optimal time to miss a possible connection. There's rarely enough time to fully establish one.

What we can always do, if everyone is too afraid to talk or get pepper-sprayed, is smile and flirt in a nonverbal way. That's fair. The eyes are the windows to the soul. In the hum and screech of a subway car, as you go about your own silo of a life, there's actually a lot of commonality among us in that very state.

So if you happen to then go home and post something sweetly self-denigrating, but bold, on Craigslist, yes, you take all the same risks that anyone would on that madcap site. You also may feel idiotic, or question your self-esteem, and it's probably all for nothing, anyway, so don't, because you only live once.