Tuesday's temperatures remain around freezing mark, but it is expected to warm later in the week 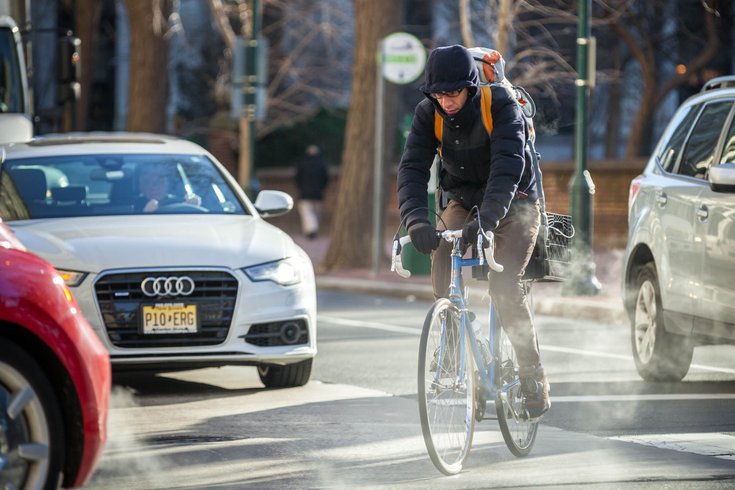 Nighttime temperatures on Monday, Jan 4, 2016, fell into the teens, with the wind chill making it feel close to zero degrees, and the morning of Tuesday, Jan. 5, got off to a cold start, as well. High temperatures are expected to remain in the 30s on Tuesday but climb into the 40s and 50s toward the middle and end of the week.

South Jersey as well as Philadelphia and surrounding counties have issued a Code Blue weather emergency due to the dangerously cold temperatures.

Philadelphia's alert is effect until 3 p.m. Tuesday, and till 9 a.m. Wednesday in Montgomery County.

A Code Blue was declared in effect through Wednesday morning in New Jersey’s Camden, Cumberland and Salem counties, as well as in Montgomery County and Bucks County. (Check back for updates on these and other locations.)

The temperature was 25 degrees (wind chill: 16 degrees) at 1 p.m. Tuesday at Philadelphia International Airport, but expected to fall back into the mid-teens on Tuesday night.

Under a Code Blue, municipalities are expected to put into action their plan to accommodate the immediate needs of its homeless and needy populations.

In Philadelphia, citizens should contact the Project Home Outreach Hotline at 215-232-1984 if they observe a homeless person in need of assistance. During the call, the operator will request the address, location and description of the person in need.

Individuals are also reminded to show extra care to the elderly and handicapped, as well as pets.

Each municipality has identified its own location to accommodate those in their community seeking shelter from the severe weather.

Persons seeking shelter in a warming center should contact their local municipality.

Here's the forecast through Sunday for Philadelphia from the National Weather Service:

Clear, with a low around 15. Calm wind becoming west around 5 mph after midnight.

Mostly clear, with a low around 28. Southwest wind around 5 mph becoming calm in the evening.

Mostly sunny, with a high near 44.

Partly cloudy, with a low around 32.

A chance of rain after 1pm. Partly sunny, with a high near 46. Chance of precipitation is 30 percent.

Rain likely. Cloudy, with a low around 40. Chance of precipitation is 60 percent.

A chance of rain. Mostly cloudy, with a high near 47. Chance of precipitation is 30 percent.

A chance of rain. Mostly cloudy, with a low around 41. Chance of precipitation is 30 percent.

A chance of rain. Mostly cloudy, with a high near 50. Chance of precipitation is 40 percent.

A chance of rain. Mostly cloudy, with a low around 37. Chance of precipitation is 40 percent.