Party like an ogre at a 'Shrek rave' in Callowhill

By Brian A. Saunders
PhillyVoice Staff
Parties Shrek
from 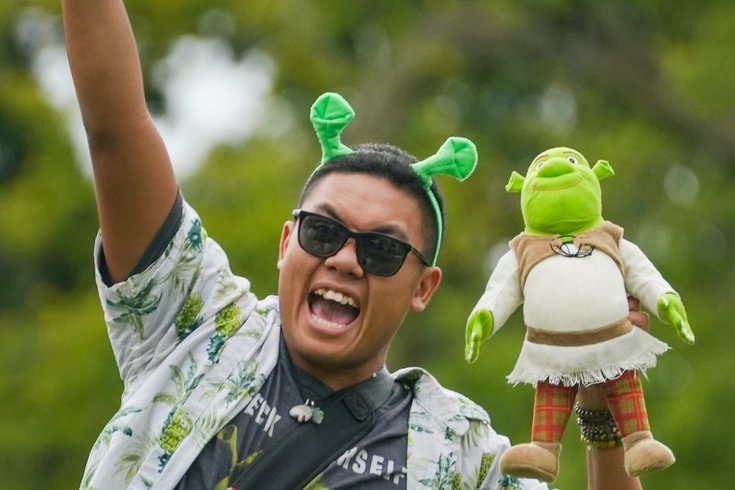 It's Friday, and the work week is over for most, so it's time to find some fun.

If you're willing to leave the comfort of your warm home as the weekend temperatures continue to drop, The Bowery Presents is hosting a "Shrek Rave" dance party for people to come, get loose and enjoy themselves at 9 p.m. at Franklin Music Hall.

MORE: 'Shake it off' at a dance party celebrating Taylor Swift's birthday

For $30, guests 18 years old and up can come out and enjoy the night into the early morning at the party based on the 2000s movie series produced by DreamWorks Pictures about an ogre, his human wife who morphs into an ogre and a gang of sidekicks including a talking donkey and a cat in a pair of boots.

The party is advertised as an opportunity to "just come and have fun." 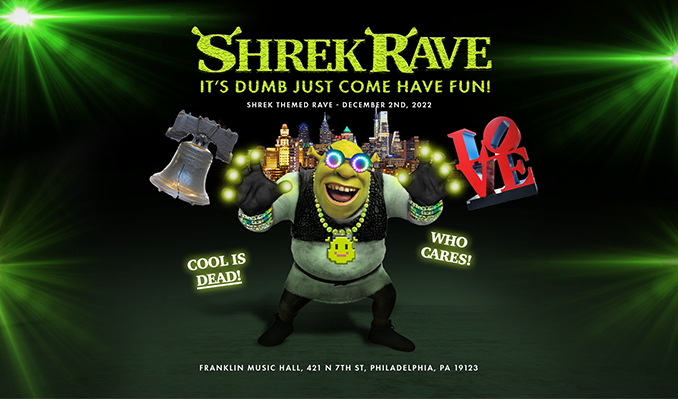 "Shrek" debuted in theaters in 2001, grossing $267,665,011. The movie franchise produced six total films, including spinoffs "Puss in Boots" and "Puss in Boots: The Last Wish." Shrek has also become a bizarre internet fixation, with thousands of young fans posting memes, including TikToks of a giant dancing Shrek in a form-fitting leather catsuit. No word from Franklin Music Hall on whether he'll make an appearance.