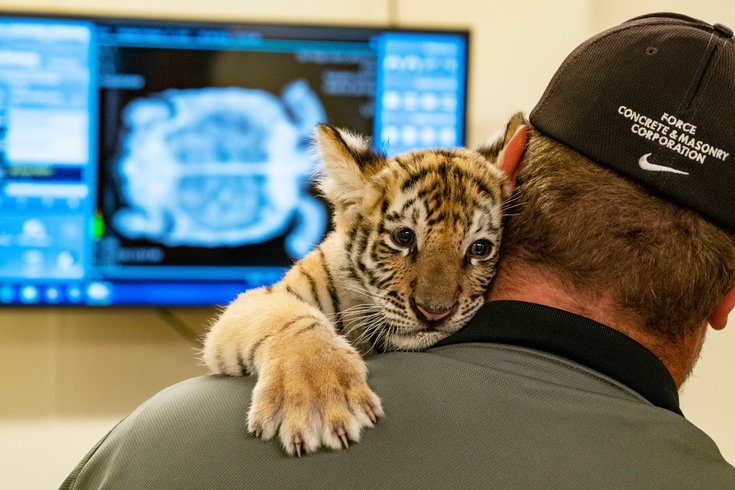 A rare breed of tiger was recently born at Six Flags Great Adventure, where it will be featured in the New Jersey park's Safari Discoveries.

"Carli" is a 6-week-old Siberian tiger cub and only the second cub to be born in Great Adventure's facility. She's named after New Jersey native and soccer star Carli Lloyd, a player on U.S. Women's National Team.

Carli is being raised by Great Adventure's animal care team by hand until she can be reintroduced to her mother, Nadya.

“Nadya showed great mothering skills at first; but when she failed to nurse her cub, we stepped in,” Safari veterinarian Dr. Ken Keiffer said in a statement. “Today, Carli is doing extremely well. She weighs 12 pounds and when full grown, will weigh more than 500 lbs. Her large paws are indicative of the massive cat she will grow to become one day.”

Guests will be able to see Carli in Safari Discoveries soon, the amusement park announced.

Carli's mother, Nadya, was raised in a litter with an African lion three years ago at Great Adventure. The animal care team said it hopes the three cats can be bonded into a trio.

“Tigers are typically solitary animals, while lions are more social," Keiffer said. "The strong bond that Carli’s mom Nadya shares with lion Zuri will hopefully mean that the trio will become their own pride one day."