Players will make decisions based on real-life data, but setting is more 'fantasy Philadelphia' 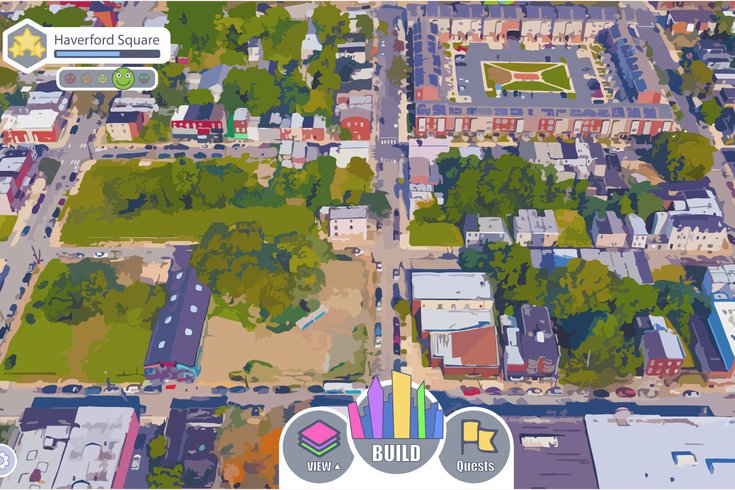 Drexel University game designers are working to create a desktop game similar to 'SimCity' that teaches players about urban planning and the forces that impact the local economy, gentrification and more.

Designers behind the "SimCity"-like desktop game out of Drexel University's Entrepreneurial Game Studio have revamped the design of their urban planning project since it was awarded its funding in 2020 to feature a larger, more ambiguous city.

The game, "Simulated Interactive Management of the City of Philadelphia," or SIM-PHL, uses public data to show the impact that real estate development can have on urban neighborhoods.

It was funded through a 2020 grant from the John S. and James L. Knight Foundation’s Open Data initiative and is set to be released at the end of the year.

Gamers will have to make decisions on things that impact rental rates, gentrification, food distribution, crime, population flight, political struggles and other forces.

Leader of the project Frank Lee, professor of digital media at Drexel, said the game developers have made some changes since the start of the project.

While the game is called SIM-PHL, Lee said the game designers are working to make the location of the project more ambiguous, and may even change its name.

The original iteration of the game had game play set in West Philadelphia's Mantua neighborhood, but Lee said the location was changed after the developers and local community leaders had a discussion about offending the real-life residents of the area.

"The fact that we were creating a game about their neighborhood could make people — especially people who feel powerless — even more powerless, if you're coming in and changing zoning information," Lee said.

Designers have since expanded it to look more like a larger city with a wider range of buildings, commercial spaces and historical areas. The game is still pulling its data from the city of Philadelphia's revamped property search tool, Atlas.Phila.Gov.

"We're using Philadelphia and its layout, its buildings and so on, but we're trying to move away from calling it Philadelphia, mainly because people actually live in Philadelphia," Lee said. "It's like fantasy Philadelphia to some degree."

The game now also focuses on showing the differences between gentrification and revitalization.

Lee said the game is still under development and will likely be released online by the end of the year. He said he hopes it shows people that video games can be used not just for entertainment, but as effective educational tools.

"When you watch a movie, you watch characters as an observer, as an audience," Lee said. "But what games are able to do is put you in the shoes of that person making the decisions and actually deal with the consequences of those choices. It has a powerful empathy element, too, at the gut level of feeling the choices that you might make in a game."