'SimCity'-style, Philly urban planning game in the works at Drexel 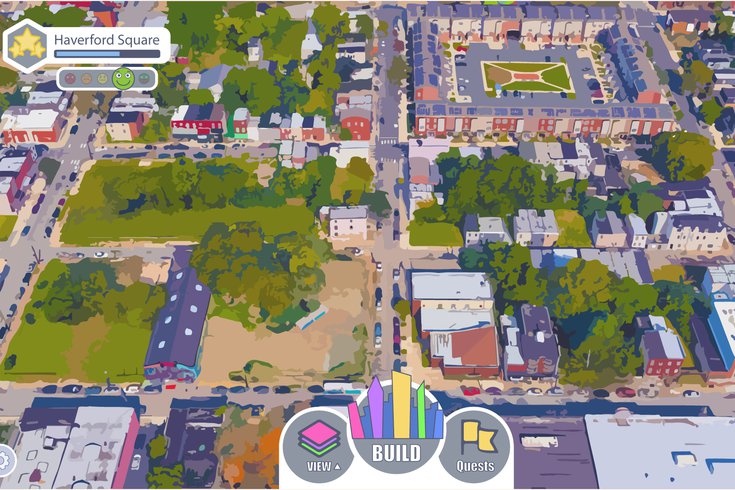 SIM-PHL, a video game based around West Philadelphia's Mantua neighborhood, will give players a chance to take the controls of urban planning and development.

Philly residents who wish to try their hand at urban renewal will get their chance in the form of a "SimCity"-esque video game in development at Drexel University.

SIM-PHL, short for "Simulated Interactive Management of the City of Philadelphia," is a joint project led by Drexel's Entrepreneurial Game Studio and the John S. and James L. Knight Foundation’s Open Data initiative.

Set in West Philadelphia's Mantua neighborhood, SIM-PHL will use real, publicly available data to present gamers with a series of development decisions to improve the community.

Some of the factors the game accounts for include rental rates, food distribution, crime, population flight, political struggle, gentrification and other urban issues. Those who play will even have to navigate zoning issues, emerging incident reports and real property values in the city.

“Despite the significance of real estate data in the lives of the average Philadelphian, these data remain inaccessible, either by design, or because little effort has been made to present it in a format that engages the public,” said Frank Lee, a professor in Westphal College of Media Arts & Design and director of Drexel’s Entrepreneurial Game Studio.

Lee is well known for leading classic game displays on the outside of Philadelphia's Cira Center, even partnering with middle-school students to develop their own skyscraper games in recent years.

The data from SIM-PHL comes from the city's Atlas.Phila.Gov, the revamped property search tool Philadelphia unveiled late in 2017.

“SIM-PHL presents this vital data in a fun and engaging format where users can explore these complex, local sociological issues through play," Lee told Drexel Now. "Because the game draws from real Philadelphia maps and data, it lets players experiment with the city as a responsive ecosystem of phenomena that drive prices, rather than as an impenetrable, unrelated set of buildings and real estates.”

In the game, players will have to make choices about residential and commercial development, the preservation of historical spaces and how to handle political and industry pressures. What kind of work needs to be done after a natural disaster? Should an industrial zoning request be approved? 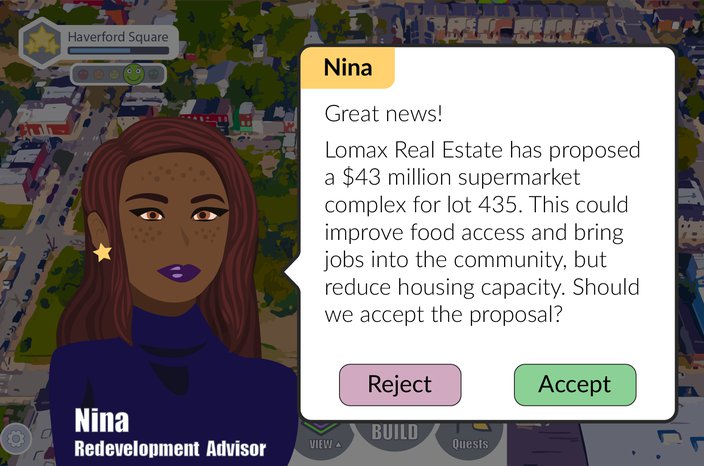 Source/Drexel University
“These are all difficult decisions and they all have serious ramifications for citizens,” Lee said. “If by playing this game people gain a better understanding of the real effect of policies, they can become even more effective advocates for their communities.”


The game is informed by a real collaboration between Mantua and Drexel's Dornsife Center for Neighborhood Partnerships, a community-based resource center that brings the university together with residents around issues of shared importance.

The Knight Foundation's Big Data Challenge, which supports the game's development, seeks to build civic engagement and new models surrounding open data. The goal is to provide a more inclusive way for residents to be involved in community planning and create new ways to receive feedback on the priorities of residents.

Additional support for the game is being provided by Gossamer Games, a start-up games studio founded by a Drexel graduate.

SIM-PHL is expected to be completed and released in 2021.