The potential change would allow grocery delivery services to use paper bags, which are prohibited, along with plastic, in the current law 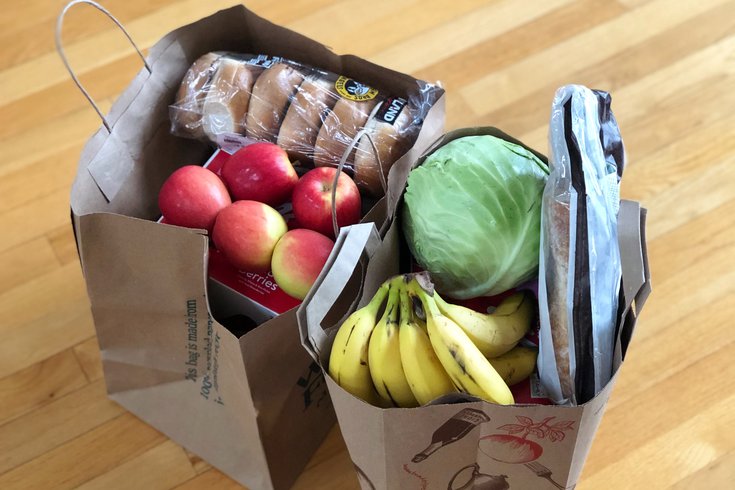 One New Jersey lawmaker says it may be necessary to reconsider the state's ban on single-use bags to allow paper bags in some instances. The issue has arisen among customers of grocery delivery services who are being inundated with new reusable bags each time they receive a delivery. New Jersey's single-use bag ban took effect in April.

Just months after New Jersey's ban on single-use plastic and paper bags went into effect, a state senator is considering amending the law as some residents face a frustrating overabundance of reusable bags.

Sen. Bob Smith, a Democrat from Middlesex County and a co-sponsor of the original bill banning single-use bags, told NJ.com that he is planning to introduce an amendment to the law that would allow for paper bags to be used by grocery delivery services. His hope this change will reduce the glut of reusable bags being left with the customers of these services, which have become more popular during the COVID-19 pandemic.

"The only glitch that we've had (during the ban) is the fact that the home delivery of groceries has been interpreted to mean you have to do it in a reusable bag and what's happening is the number of the bags are accumulating with customers," Smith told NJ.com. He suggests changing the law to allow these companies to use paper bags and cardboard boxes for their deliveries.

New Jersey's ban on bags and other single-use takeout containers went into effect on May 4. Though grocery stores and restaurants immediately had to find alternatives, other businesses, like food pantries, were allowed an additional six months to comply, a time period that ends in early November.

New Jersey is one of 12 states that prohibit single-use plastics. Its law is one of the strictest in the United States, and it is based almost entirely on the environmental impact of plastics. The law states that all reusable bags must have handles and be able to withstand multiple uses and washes, though residents are unable to get rid of them by putting them in their curbside recycling bins.

Shelie Miller, a professor at the University of Michigan School for Environment and Sustainability told the New York Times that durable reusable shopping bags are only more environmentally friendly than plastic bags if they are regularly reused, adding that a typical polypropylene bag would have to be used at least 10 times in order to account for the additional energy needed to produce it.

"If we don't pay attention to the unintended impacts of policies such as the plastic waste ban, we run into the potential of playing environmental Whac-A-Mole," Miller said. "We solve one environmental problem only to create or exacerbate another problem."

While Smith and other New Jersey politicians work on a plan to amend the bag law to for grocery deliveries, New Jersey residents currently looking to get rid of some of their reusable bags have a few options.

Walmart customers are able to return their reusable bags to bins at the front of their stores, while grocery orders from Shipt – which delivers items from Target and other major retailers – provides an option for bagless delivery. Customers also can set bins outside of their homes which drivers can use to place unbagged items at drop-offs.

The Community FoodBank of New Jersey also is accepting donations of reusable bags at dozens of locations in the state before food pantries must comply with the ban in November. The donation initiative, which has partnered with Wegmans, Stop and Shop, and Wakefern Food Corp. is meant to keep costs down for food pantries and soup kitchens while alleviating some of the frustration faced by New Jersey shoppers.