Bina Ramesh, 22, was denied entrance due to 'inappropriate' top 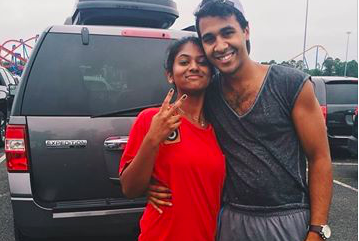 Six Flags Great Adventure in Jackson, New Jersey, has issued a formal apology to a 22-year-old woman who several weeks ago was denied entrance to the amusement park because of a shirt deemed inappropriate by a male security guard.

Bina Ramesh, a Six Flags season pass holder, attended the park three weeks ago to celebrate her birthday when she was prevented from re-entering because of a low-cut V-neck top.

After Ramesh's Facebook post went viral with hundreds of supportive comments, she opened up further about her experience in an interview with Seventeen. She was stopped while re-entering the park with several friends, she said, despite having been admitted by a female guard earlier that day dressed in the same top pictured below. 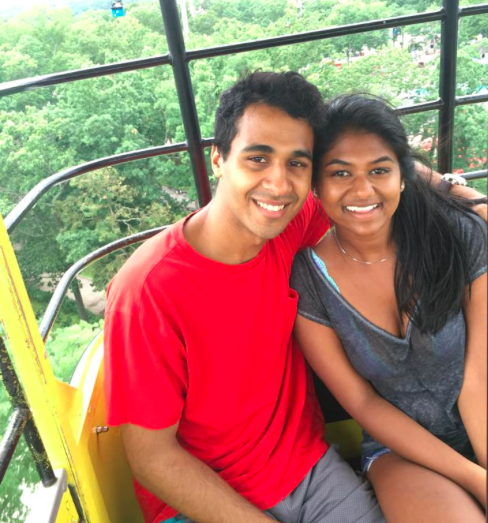 Bina Ramesh in her original attire.

The verbal exchange at the park's entrance made matters worse. Once Ramesh was stopped by the male security guard, a female guard gave her the option to enter the park temporarily to buy a T-shirt and change her attire. A friend pointed out a male guest who was entering the park in a transparent shirt that had been cut out at the nipples.


"It's different," the male security guard allegedly said. "He's a boy and doesn't have boobs."

That crossed the line for Ramesh.

"Now suddenly the rules have changed when there's a male guard paying closer attention to my cleavage?" she told Seventeen.

At that point, she decided to exchange shirts with a male friend and was readmitted without further incident.

Ramesh called the policy a "double standard" in practice and initially said she wanted Six Flags to face the consequences for how they made her feel. On Monday, however, she posted a portion of a personal apology she received from Six Flags.

"My intent on sharing this story was to receive acknowledgment from the park that I was unjustly treated and to prevent this type of situation from occurring in the future, which seems to have been accomplished," Ramesh continued. "This experience shed light on a serious improper judgment and training of policies to the park officers."

Ramesh added that she plans to return to Six Flags in the future and thanked all those who assisted in spreading her story. In an official statement, Six Flags apologized for the inconvenience and reaffirmed its commitment to maintaining a family-friendly environment.