When are the toughest stretches? How many back-to-backs will they play? And will the first two months define their season? 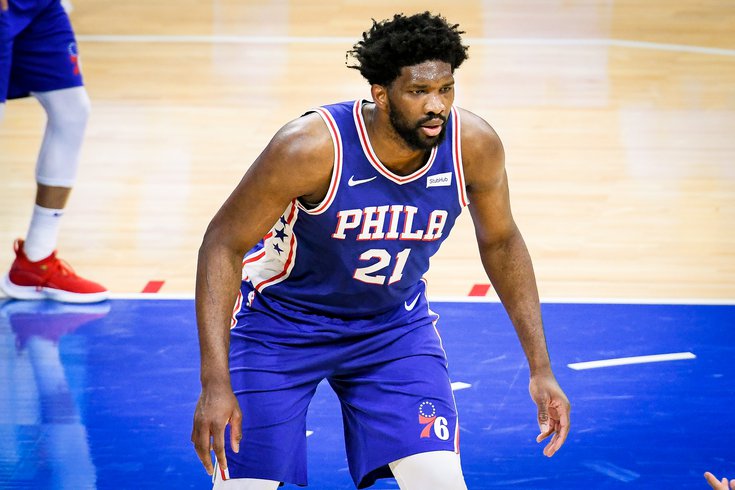 It's everyone's favorite annual NBA tradition, where we stare at 80+ games on a piece of paper in August and attempt to predict how the Sixers will fare across seven months of basketball. A completely reasonable and simple task.

Jokes aside, the NBA's schedule release is one of those, "Oh yeah, the games are starting again soon!" moments that gets me excited for basketball to return, even with the seasons nearly bumping into one another again this year. Here's what Philly's slate looks like for 2020-21.

I'm going to spare you a game-by-game prediction, but here's a look at some noteworthy quirks I'm keeping an eye on.

The Sixers have more uncertainty heading into the 2021 season than perhaps any potential contender in the league (and even calling them that is generous based on their recent second-round stumble). On the surface, their opening stretch falls somewhere in the middle of the road as far as difficulty goes — Brooklyn, Atlanta, and Chicago are balanced with Oklahoma City and Detroit — but Philadelphia's defining stretch of the year may very well come as early as November.

Starting November 13 with their game against the Indiana Pacers, the Sixers play 10 of 12 games on the road, touching both coasts in a run that finally ends with a pair of games against the Charlotte Hornets on December 8. And really, the gauntlet continues once they finally get a chance to breathe and sleep at home for a few nights, playing the Jazz, Warriors, Grizzlies, Heat, and Nets in the five-game set immediately following the extended road trip.

By the time they get done playing the Jazz, Warriors, Nuggets, Kings, and Blazers in the West Coast leg of their trip, Philadelphia will have learned a lot about this group. And unlike last year, you'd presume many of those games would come against full-strength rosters, thanks to increased vaccine availability and less schedule crunch this year compared to last.

If the Sixers were heading into the year with a settled roster and continuity you could count on, that would still be an insane month to get through. With the Ben Simmons situation hanging over them, and the potential for a new-look team to take the floor out of the gate? That could make or break their season, even before considering what happens if an important player suffers an injury before or during the trip.

(Frankly, I think we should also appreciate the sense of humor shown by the schedule makers here. The Sixers play at least four teams before December 1st who are known to have expressed interest in Simmons this offseason, so we could either get an early revenge game situation or a showcase event if he's still here. Compelling either way.)

Splitting up the West Coast trip

For years, Philadelphia's Christmas stretch was synonymous with a swing to the West Coast, often referred to as the "Disney on Ice" trip because of the child-themed events that ate up Wells Fargo Center time that time of year. It was so connected to the Sixers and Flyers that Thaddeus Young once told the late John Smallwood he had no interest in seeing the show as a result of its impact on the schedule, one of the many subjects former coach Doug Collins was happy to sound off on.

Those trips haven't been a constant in recent years, and they're off the menu again in 2021. Philadelphia's time out West is split up in chunks throughout the season, with most of the games against the West's elite taking place in the rough stretch mentioned above.

There's another stretch to keep an eye on: 3/21 through 3/29, a run bookended by meetings with Miami and Milwaukee at home with road games against the Lakers, Clippers, and Suns in the middle portion. If seeding battles are tight, that could end up being Philadelphia's last chance to push for a higher seed and solidify themselves as a threat to go on a deep playoff run. On the other hand, it could expose them as unserious contenders if it goes the wrong way, much like their late-season debacle against a mediocre Heat team did last season.

(A broader point: the Sixers still got plenty of national TV love this season in spite of how unstable they look at the moment, so the league still sees value in promoting this group. In fact, they got a coveted Saturday night special against the Warriors on December 11th, the only Saturday primetime game on ABC before Christmas. Should be a fun one.)

The Sixers have 11 back-to-back games this year, below the count they've had in years past and not a horrendous number with the jump back to 82 games. Here are some of the pairings that could cause problems for Philly:

Back-to-backs suck as a general rule and I wish the NBA would find a way to kill them altogether.

Are the Sixers screwed?

Of course not! At the very least, they showed last season they can beat up on the league's middling-to-bad teams and at least hang with good teams (if not beat them) in the regular season. With small upgrades to the bench, they could even be slightly better than last season with realistic steps forward from a few guys.

Of course, we don't even know if one of their best and most expensive players will be on the roster to start the season, and what this group could look like if he isn't. So while it's worth keeping all of the above in mind, trying to predict how this will go is an exercise in futility.