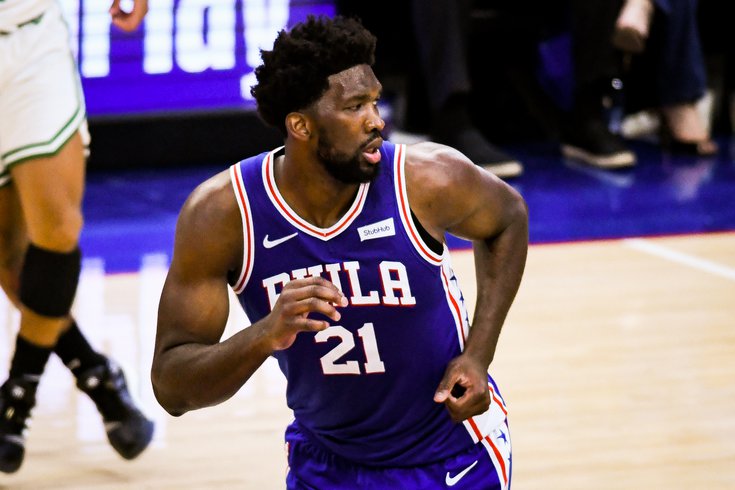 Round two of our all-time Sixers one-on-one bracket continues today, with matchups featuring Charles Barkley, Joel Embiid, and the great Bobby Jones providing us with a great field of matchups in the second wave of games played in the Barkley region.

As a reminder, here's what the Charles Barkley region looks like after being updated to reflect first-round results. 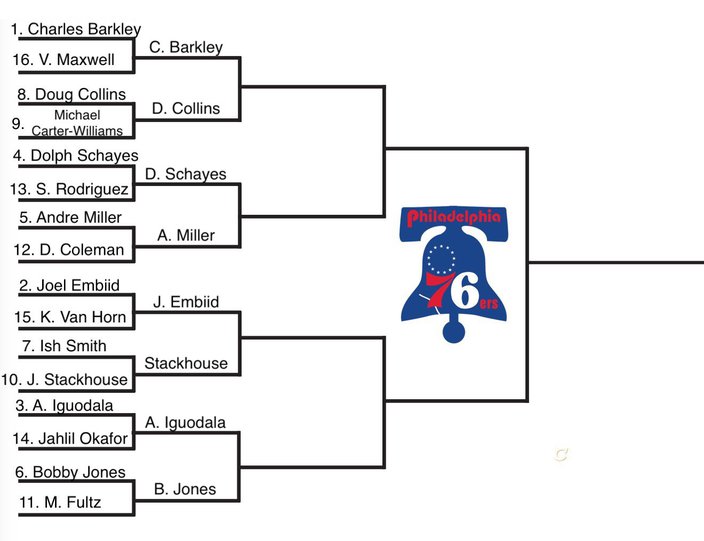 Here is a refresher on the rules, because I think we need one before opening polls back up Tuesday:

This is a much tougher matchup for Barkley than some lower-seeded players will get in round two. Even in an abbreviated career, Collins racked up accolades and was an integral part of the Sixers as they rose from the bottom of the league to the NBA Finals in four years.

The funny thing about Collins is that as a player, he could not have been more different than the person he turned into as a coach. A fearless scorer who was selected to four straight All-Star Games in the mid-1970s, it's hard to believe Collins turned into an abrasive, over-managing coach once injuries robbed him of his playing career (though it is worth stating he almost always improved his teams before they would sour on his man-management style). While he certainly wasn't the lead dog once they started to have success, trailing the likes of Julius Erving and George McGinnis in the scoring department isn't exactly a mark against him.

Collins, though, was no Barkley, who is one of the most unique talents the NBA has ever seen. While Barkley wouldn't be able to dominate Collins on the glass or post him to death in this format, I have no doubt he would be able to leverage his strength and athleticism to punish the more diminutive Collins.

The master of the old man's game vs. the oldest player in the bracket feels very fitting for a round-two matchup. And with all due respect to Schayes, a 12-time All-Star and an NBA champion, I would take Miller here and I wouldn't even think twice about it.

When I noted my concerns about Wilt Chamberlain in this style of tournament yesterday, those were not about Chamberlain as a player or an athlete but more about how the rules might impact him. With Schayes, that's a totally different story. He is a 6'8" big man who shot 38 percent from the field for his career, and he played so long ago that his first year of professional basketball took place in an all-white league. To say I am skeptical he would fare well in a one-on-one format is stating the obvious.

It was a different time with a different style of play, no doubt, and making Schayes out to be some unskilled buffoon would be doing him an injustice. At the line, his touch was great (84.9 percent for his career on almost eight attempts per game), and the grainy footage from back in those days shows he was willing (and able) to take outside jumpers, something he would certainly have to do in this format.

But there is no universe where you can convince me he would come out on top here. I think Miller would send him to the shadow realm.

Most of you reading this do not need to be reminded of the big fella's many gifts. I am not all that concerned with his ability to score or get stops in this format. The jab step is enough to create separation and shoot over most guys who he'll face.

So let's talk about Stackhouse for a moment. Philadelphia trading him following a little over a season played with Allen Iverson is an interesting sliding doors moment in Sixers history. It is possible they never go on that fabled 2001 Finals run if not for that move, with Aaron McKie and Theo Ratliff both playing significant roles when the team rose to prominence behind MVP Allen Iverson. The concern at the time of the trade was that there weren't enough basketballs to go around for the pair to make it work. In fact, at the time of the trade, Larry Brown told the media the situation was so bad that Stackhouse had already told their front office that he wasn't interested in signing a new contract with the team in free agency following the 1997-98 season.

But stylistically, Stackhouse was the sort of player who would have helped Iverson when things got tough in the playoffs, a capable scorer who would have forced Iverson to play more point and make use of his passing gifts. In the year Iverson won MVP and won the scoring title, Stackhouse was second in the league with 29.8 per game, ahead of Shaq, Kobe, T-Mac, and an assortment of other terrific players at the time. Granted, it was on a team that went 32-50, but still!

All of this is to say Stackhouse was, is, and probably always will be capable of getting buckets. He was a 20 points per game guy in Philly and wouldn't have to share the ball or worry about team chemistry in this setting. He is a dangerous out.

This would be an absolute war in the best way possible. Jones was among the very best defenders of his era, selected eight consecutive times to the All-Defensive first team, and Iguodala's length, strength, and hand speed made him a nightmare to try to score against for the majority of his NBA career. Neither player would concede an inch and it would be beautiful to watch.

I lived through one guy's career and not the other so that bias will get me here, but I trust Iguodala to self-create in a one-on-one format a little bit more than I do Jones. Part of that is not really Jones' fault because he played with big-time scorers that allowed him to fall into the sort of secondary role Iguodala always should have been in. Even before joining the Sixers, Jones suited up next to David "Skywalker" Thompson in Denver, and his instincts away from the ball continued to serve him well next to the likes of Dr. J and eventually Moses Malone.

(Jones, by the way, is the counterexample to the Stackhouse hypothetical discussed above. While he was not the individual scoring talent George McGinnis was, the Sixers swapping a scorer who needed the ball for Jones would ultimately allow the other pieces to slide into place.)

It might take two hours for one of these guys to create the two-point lead it would take to win, and not because they're not offensively capable. A battle of wits and toughness for the ages.

ROUND TWO VOTING: The Wilt Region