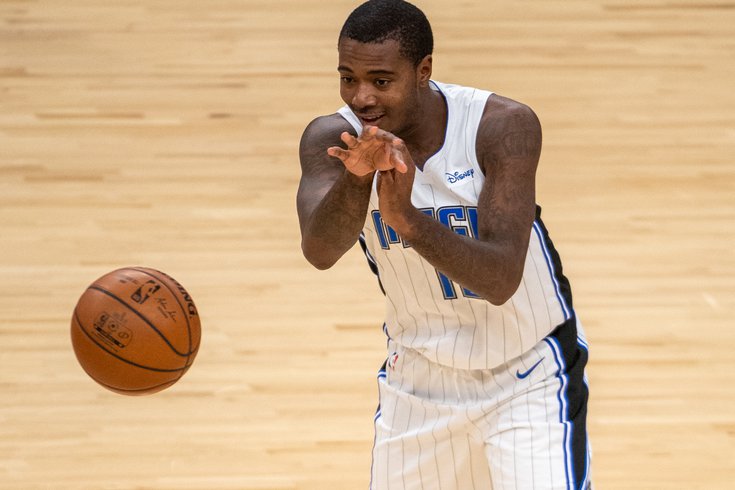 Gary Clark is the newest Sixer.

The Sixers are signing forward Gary Clark to a two-way contract, a team official confirmed to PhillyVoice on Tuesday afternoon. ESPN's Adrian Wojnarowski was the first to report the news.

Clark, a 26-year-old forward who played his college ball for Cincinatti, got his first opportunity in the NBA with the Rockets back in 2018. Signed as an undrafted free agent by then Rockets executive Daryl Morey, Philadelphia's head honcho evidently saw enough in Clark during his time in Houston to give him another shot with the Sixers.

During his time with Houston, Clark was one of many players who were part of the James Harden three creation extravaganza, with the vast majority of his work coming on standstill shooting reps. To give you an idea of how he was used during his time with Houston, 82.8 percent of his shots were catch-and-shoot threes in 2018-19, followed by a season where that number dropped to a mere 78.9 percent in 2019-20. He was almost exactly league average from deep during that second season, though half of that time was spent with the Orlando Magic, where he stuck after being waived in Houston in early January.

Clark had a brief moment of the sun during the first round of last year's playoffs, canning four threes in Orlando's surprise Game 1 win over the Bucks and repeating the same feat in Game 4 as part of a double-digit loss for the Magic. But his career shooting numbers are more indicative of his ability, with Clark a spotty marksman who can occasionally get hot and help you swing a game.

Notably, Clark was waived by the Denver Nuggets on April 9th after being included in the Aaron Gordon trade, a move that allowed Clark to maintain his playoff eligibility should another team come calling. Though this wouldn't be relevant in a normal season for a guy who signed a two-way deal — two-way players are not typically qualified to play in the postseason — the league approved a change to make two-way players eligible this season as part of reforms to absorb the impact of the COVID-19 pandemic. Clark will be able to suit up for the playoffs if need be, though ultimately the question will be whether they ever need him or not.

The hope should be that the answer is no. In theory, Clark is a stretch four who has the size to deal with some bigger forwards and the inclination to let it fly when he finds himself open from deep, but the results largely haven't been there and he has done very little to move the needle up to this point in his career, playing on teams at opposite ends of the expectations spectrum. He's a stretch four mostly because he hasn't proven he can do much else at this level. While nobody should put Clark out to pasture yet, he's also a bit old for a third-year player at 26, so the long-term upside is probably not there if he ends up sticking around beyond this season.

But if we're comparing him to Mason Jones, recently waived by Philadelphia to open up that second two-way spot, Clark brings at least some form of playoff experience (admittedly mostly from the bubble) and could potentially get hot in a game or two if you're fortunate enough to get one of his good games. In mid-May, it's going to be tough to find anyone who can step in and play meaningful minutes for any sort of playoff team, let alone a contender, and I would definitely consider Clark an upgrade, even if it's not an especially meaningful one.