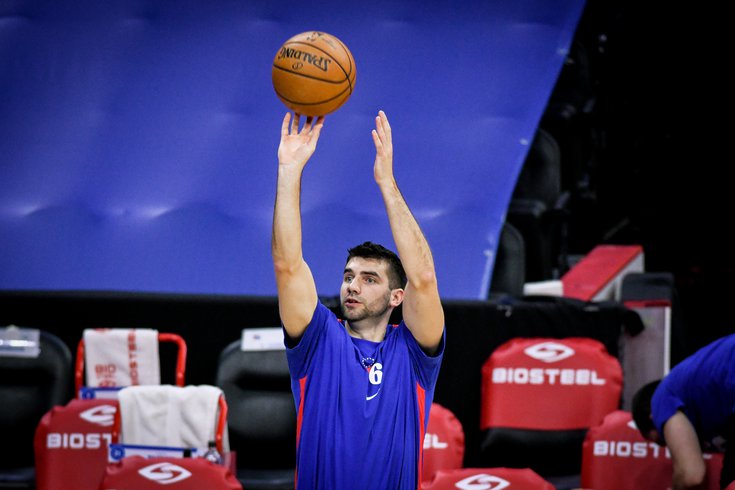 The Sixers are waiving guard Dakota Mathias, a team official confirmed to PhillyVoice on Monday evening.

Philadelphia's move to waive Mathias is not being made in connection to a corresponding move, a source told PhillyVoice on Monday, and was mainly carried out in an effort to create flexibility for opportunities that may become available to the Sixers in the weeks and months to come. Whether that's signing another player to fill that spot or in connection to a future trade is still undetermined at this time.

Mathias, who was recently thrust into a rotation role as a result of contact tracing wiping out much of Philadelphia's active roster, was averaging 6.0 points and 1.6 assists per game in a situational role off of the bench. Head coach Doc Rivers frequently praised Mathias for what he described as a strong training camp shooting the ball, but that didn't translate much during games this season, with Mathias shooting just 30.8 percent from deep (admittedly in a small sample size).

Before leaving Philadelphia, Mathias did manage to produce one highlight moment. Deep into Joel Embiid's dominant performance against the Miami Heat last week, Mathias knocked down a crucial three that gave the Sixers the lead for good, earning compliments from his coach after the game.

DAKOTA MATHIAS FOR THE LEAD pic.twitter.com/xcYjq689xT

"The fact that Dakota hadn't made a shot, they swung out to him, with no hesitation takes that shot says a lot about him," Rivers said following the win over Miami.