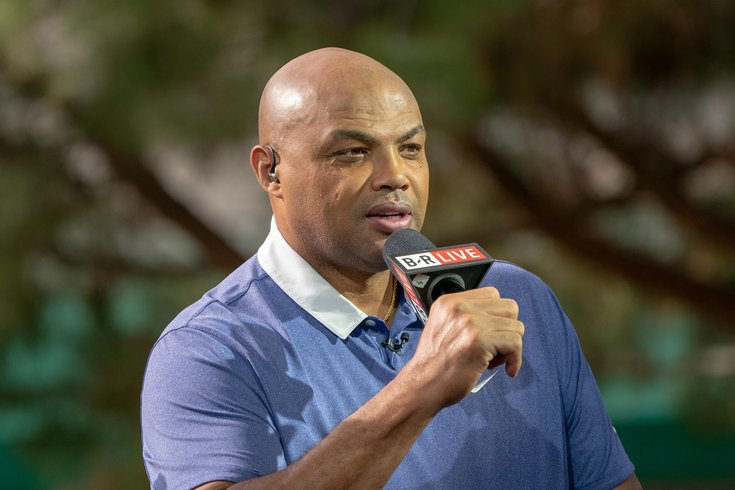 NBA Hall of Famer Charles Barkley, seen above in a file photo from 2018, spent eight seasons with the Philadelphia 76ers, who drafted him with the fifth overall pick in 1984. He'll be honored with a statue at the Sixers practice facility alongside Billy Cunningham, Wilt Chamberlain, Maurice Cheeks, Julius Erving, Hal Greer and Bobby Jones.

The Philadelphia 76ers will immortalize Charles Barkley next week with a statue unveiling at the team's practice facility in Camden, putting him alongside the likes of franchise greats Wilt Chamberlain, Julius Erving and Billy Cunningham.

The team announced plans for the Sept. 13 ceremony to honor the NBA Hall of Famer, who spent the first eight seasons of his career in Philadelphia.

Barkley was a rare star in the NBA who combined his physicality and attitude to become one of the fiercest rebounders in the league. During his time with the Sixers, beginning in 1984, Barkley averaged 23.3 points, 11.6 rebounds, 3.7 assists and 1.7 steals in 37.3 minutes per game.

The Sixers traded Barkley to the Phoenix Suns in 1992, the same year he went on to be named league MVP and lead his team to the NBA Finals.

Barkley has remained a popular figure in Philadelphia despite his departure. The team retired his no. 34 jersey in 2001.

And even though he no longer suits up for the Sixers, Barkley the TNT analyst still has a soft spot for the team that drafted him. He's picking the Sixers to go to the NBA Finals this season.